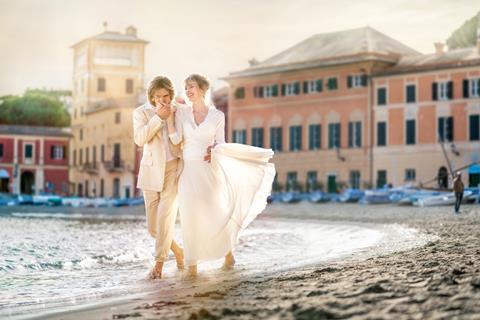 Dutch outfit DFW International is to begin sales at the European Film Market (EFM, February 16-22) on drama Broken, based on the book When I Saw You by Isa Hoes.

It tells of the relationship between Hoes and Antonie Kamerling, a well-known actor and singer in the Netherlands who suffered from severe depression and who died in 2010.

The film, directed by Ben Verbong and starring Egbert-Jan Weeber and Noortje Herlaar, will be released in the Netherlands by DFW’s parent company Dutch FilmWorks on 100 screens in early March. DFW has also released a first look image from the film (above).

“The names of the characters in the film were changed, not only to protect the relatives, but also to make it a bigger, more universal story. It is not just about their marriage, but a love story about the impact of depression on a marriage and a family,” Charlotte Henskens, director of international sales at DFW International, told Screen.

In the movie, the characters are called Bastiaan and Esther. The two successful actors appear to have a perfect life but Bastiaan’s mental illness threatens to destroy their happiness.

“As Dutch FilmWorks, we were already involved in the distribution of the film and when we saw it, we knew that this would be such a universal story that we also took it for the international market,” Henskens said.

Broken is produced by Denis Wigman and Marijn Wigman through Nuts and Bolts Film Company.

Henskens has also revealed details about other projects on DFW International’s early 2023 slate.

Another new title that will screen at the EFM is Second World War drama Betrayal, about a German-Dutch officer in the Nazi army who commits treason by helping Dutch anti-Nazi figures including families in hiding. The film is in post-production and will show for the first time to buyers in Berlin. Its Dutch release will follow in the spring.

DFW also confirmed new deals on its drama Sea Of Time which opened the Netherlands Film Festival last year. This has now gone to Great Movies for Latin America and HBO Central Europe.

Other titles on the slate include Van Gaal, a feature doc about Dutch world cup football manager Louis Van Gaal. Directed by Geertjan Lassche and featuring contributions from footballers Wayne Rooney, Arjen Robben and Luis Figo, the film was sold to the UK (to Vertical), Germany (Netflix) and Spain (Movistar).