The European Commission’s plans for a Digital Single Market (DSM) were high on the agenda as the Motion Picture Association of America (MPAA) held its annual strategy meeting in Berlin for first time. 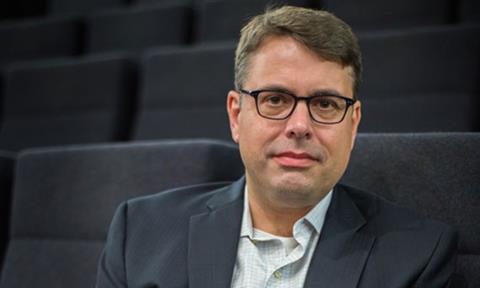 Representatives from all six studios attended the two-day meeting in the German capital.

“Firstly, film production between Germany and America has never been stronger. You don’t have to look any further than Homeland [fifth season shooting in the Berlin-Brandenburg region], Grand Budapest Hotel and Monuments Men to understand that.

“Secondly, the German industry has stepped up to take leadership on issues surrounding the Digital Single Market and the threat it poses to the film sector.

“The members of the MPAA are very much interested in understanding the situation that confronts the entire sector in Europe and understanding how we can be helpful to our European partners and confronting these challenges.”

McCoy was speaking as he and some of the studio executives attended the German Producers Alliance’s annual summer get-together on the banks of the River Spree next to the Haus der Kulturen der Welt (affectionately nicknamed “The Pregnant Oyster” by Berliners).

Special mention was made of the US guests by Alliance’s chairman Alexander Thies in his opening speech at the event attended by key players in the German film and TV industries.

Earlier in the day, Peter Dinges, CEO of the German Federal Film Board and president of the European Film Agency Directors (EFADs) network, turned his attention to the Commission’s DSM strategy during the public part of the German Producers Alliance’s members meeting.

He ended a presentation on film co-productions between Germany and France by quoting a recent remark by one of his EFADs colleagues about the Commission’s film policy: “There is no film strategy in Brussels. There is a mess.

“He might have exaggerated a little bit, but what he meant is clear: we must work together to find a strategy for European cinema within the framework of the Digital Single Market and in the digital age, not only to preserve but also promote the cultural diversity and filmmaking in Europe.”

EC vp Andrus Ansip, one of the masterminds of the DSM strategy, showed earlier this week at the Midem music industry trade fair in Cannes, that he is not making any signs of wavering from the line he has presented on numerous occasions  in previous weeks.

Giving a keynote on Midem’s last day, Ansip professed an interest in a dialogue with the cultural and creative industries.

“Everybody who has ideas and proposals of how to reform this existing copyright system, how to create a real level playing field, all of those proposals are very welcome,” said Ansip.

However, in the session’s final minutes allotted to a Q&A, he seemed to be loathe to give specific responses to concrete concerns from practitioners within the music industry about the Commission’s intentions.

For instance, Irish-born composer and musician Brian Crosby pointed out that “there is a current large discrepancy in how the royalties distributed from music platforms are distributed to the full rights holders” and asked what the Commission’s plans were to address this problem.

But in his answer, Ansip chose instead to speak only superficially about the three targeted areas in the proposed copyright reform: text and data mining, exceptions, and the principle of territoriality.

A similarly unsatisfactory response came from the Commissioner when a UK lawyer explained that, when talking with rightsholders, “they say: ‘If there was business demand for cross-border access and portability, we would have delivered it already. If there is an economic case for it, we would have done it.’”

“What do you say to them by saying ‘We are just going to introduce legislation that will deliver that for you.’ Why not leave it to the business?,” the lawyer asked.

Following his appearance at Midem, Ansip reportedly met up with Google executive chairman Eric Schmidt in Berlin where the US entrepreneur gave a keynote at the NOAH conference on Wednesday (June 10).