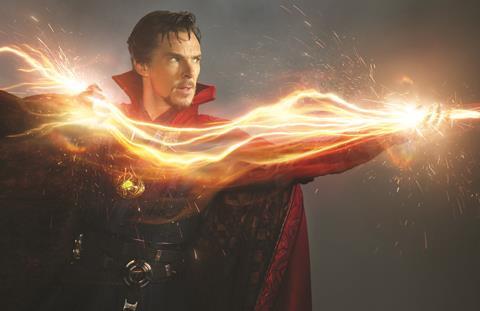 Doctor Strange comfortably saw off all newcomers to retain the lead at the UK box office for the second straight week.

Fox’s animation is now up to a strong $21.3m (£17.19m) in the UK, and the drop was to be expected as last Friday (October 28), children were still on school holidays. It will remain the leading family choice in the coming weeks.

The Accountant achieved director Gavin O’Connor’s best-ever opening in the UK as it charted third.

Nocturnal Animals rounded off this week’s top five with a promising start.

It will hope to hold well midweek, but there is currently stiff competition for the older-skewing audience, including from stablemate I, Daniel Blake.

Also for Dogwoof, Richard Linklater: Dream Is Destiny posted a $4,600 (£3,718) UK debut from its four screens, including previews.