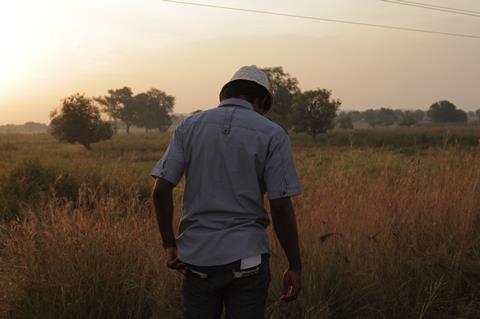 The acquisition will see Dogwoof acting as sales agent for all territories, across all platforms, and will include a UK distribution deal.

Chameleon is the story of Anas Aremeyaw Anas, a deep-cover investigative journalist in Ghana who exposed a sex-trafficking ring by masquerading as a bartender, uncovered deplorable conditions in Accra’s psychiatric hospital by admitting himself, and posed as a Crown Prince in order to bypass a rebel checkpoint. The documentary follows Anas on his next big case.

Due for completion in late 2014, Chameleon was pitched at Hotdocs Forum, and has also received development and production grants from the Sundance Institute.

Vesna Cudic, of Dogwoof Global, described the film as “an exhilarating story with a charismatic protagonist, and unprecedented access”.

Dogwoof will release the film to UK audiences in 2015 and act as international sales agents.

The move to come on board at an earlier stage of production marks a new trend for the London-based distributor. Other in-production acquisitions include Doug Block’s 112 Weddings and Beeban Kidron’s InRealLife, which will premiere at this year’s Toronto International Film Festival.

Chameleon is produced by Montreal-based Eyesteelfilm. Dogwoof distributed their documentary Last Train Home for UK audiences in 2011. Other Eyesteel productions include China Heavyweight and Inside Lara Roxx.