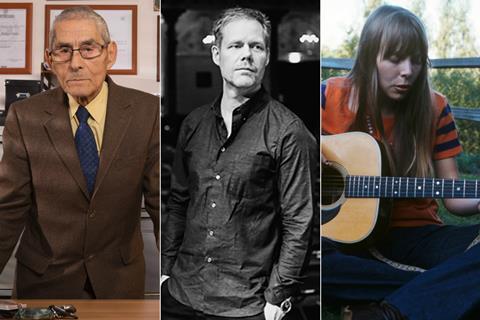 Maite Alberdi’s Sundance title The Mole Agent has sold to Australia and New Zealand (Madman); Scandinavia (NonStop); Israel (Yesdocu); China (DDdream); and Brazil (Globoplay). It follows Sergio, an 83-year-old widower in a retirement home who becomes a spy when one of the resident’s children becomes suspicious of the conditions.

Max Richter’s Sleep by Natalie Johns has sold to Australia and New Zealand (Madman); Taiwan (Bside); and Japan (At Entertainment), with Dogwoof handling the UK theatrical release in autumn 2020. It follows the titular composer and musician and his creative partner Julia Mahr as they stage the eight-hour opus ‘Sleep’ in Los Angeles to a live audience.

Finally, Alison Ellwood’s two-part documentary Laurel Canyon has sold to Australia and New Zealand (Madman); Japan (GPS); France and Germany (Arte France); Belgium (VRT); Denmark (DR); and Norway (NRK). It shows the rustic Los Angeles canyon that was the centre of a musical revolution, featuring music from Joni Mitchell, The Doors and The Eagles among others.

Other titles on Dogwoof’s slate for Cannes include The Story Of Film: A New Generation, Greta, and Dreaming Walls.