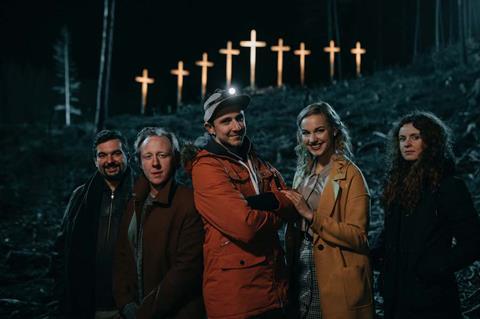 The film will have its festival premiere in Karlovy Vary’s Midnight Screenings strand on Sunday, August 22.

It was released in the Czech Republic on August 5, grossing $80,404 in the territory on its opening weekend.

The film is produced by Vratislav Slajer and Jakub Kostal from Prague-based production firm Bionaut. The company’s previous output includes web series #martyisdead, which became the first Czech series to be nominated for and then win an International Emmy in the US in September 2020, for short-form series.

Shoky & Morthy stars Stepan Kozub and Jakub Stafek as two reckless boys whose dwindling YouTube career is about to change forever due to a motorway accident, near a mysterious place called The Nine Crosses.