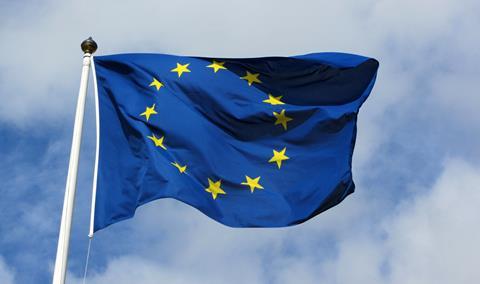 The European Commission (EC) is to launch a public consultation on geo-blocking as part of the plans for its Digital Single Market (DSM) strategy..

In its communication at the beginning of last May, the EC had suggested that geo-blocking is ¨a significant cause of consumer dissatisfaction and fragmentation of the Internal Market¨ and indicated that ¨unjustified practices should be expressly prohibited so that EU consumers and businesses can take full advantage of the single market in terms of choice and lower prices.¨

The document stated that legislative proposals to end ¨unjustified geo-blocking¨ would be submitted by the Commission in the first half of 2016.

Geo-blocking is commonly practiced in the area of  e-commerce where it is based on the consumer’s location that may be determined, for example, by means of the IP address used by a consumer or by the country which is registered for the consumer’s means of payment.

In the case of the audiovisual sector, geo-blocking can also restrict the access of consumers to online services purchased in their home country, such as TV channels via Internet, during a stay abroad.

In a recent report on Territoriality and its impact on the financing of audiovisual works, the Strasbourg-based European Audiovisual Observatory (EAO) suggested that it remained ¨open¨ whether the Commission would ¨consider that ‘geo-blocking’ practices in the audiovisual sector are unjustified and should end¨.

¨A possible inclusion of the audiovisual and cinematographic services in the scope of the Services Directive, that so far does not apply to them, could have an impact on the licensing and marketing practices of providers of audiovisual services in Europe,¨ the report observed.

Moreover, in its analysis of the arguments for and against the retention of territoriality, the EAO noted that ¨the European film industry fears that the removal of territoriality will mainly benefit major platforms and lead towards more concentration to the detriment of cultural diversity in the sector.¨

The thorny issue of territoriality will be on the agenda when members of the European Film Agency Directors (EFADs) association meet in San Sebastian on Monday (Sept 21) for the third of their official meetings this year after previously convening in Berlin in February and Cannes in May.

This latest consultation on geo-blocking comes as the call for opinions about the EC’s Audiovisual Media Services Directive (AVMSD) is nearing its final deadline for submissions of  September 30.

The AVMSD consultation is intended to feed into the Commssion’s examination of, among many other issues, how to improve the present EU rules for broadcast and on-demand services in the digital age and whether the AVMSD’s current scope should be broadened in order to apply to new service and players who are outside the definition of ‘audiovisual media services’.

European Parliament speaks out in support of Oleg Sentsov

Members of the European Parliament have called for the ¨immediate release¨ of Ukrainian filmmaker Oleg Sentsov and the civic activist Oleksandr Kolchenko who were sentenced to prison terms of 20 and 10 years respectively in a Russian court last month.

According to the EPP political group, the MEPs also called on the EU Member States to etablish a common EU list of the officials responsible for the abduction, illegal detention and sentencing of Sentsov, Kolchenko, the Estonian police officer Eston Kohver and the Ukrainian pilot Nadiya Savchenko, ¨to impose and implement a EU-wide visa ban on these officials and to freeze any financial assets that they, or their immediate family, may hold within the EU.¨

In a letter to supporters this week, Sentsov’s sister Natalia Kochneva, his producer Olga Zhurzhenko and lawyer Dimitriy Dinze said that an appeal had been filed with Russia’s Supreme Court and, if this fails, their next step would be submit the case to the European Court of Justice.

¨Moreover, we have filed a claim against the Russian FSB [security services] and several propagandist mass media who had been spreading deliberately false info and press releases suggesting Sentsov and Kolchenko took part in terrorist acts even before this fact was officially admitted in court,¨ they revealed.

The hearing date for that case is expected to be announced some time next week.

Meanwhile, Ukraine is preparing a Sentsov-Kolchenko Sanctions List which will include those people responsible for the trial against the two.