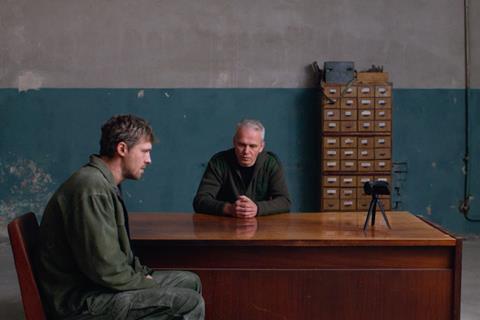 Edinburgh International Film Festival (EIFF) has unveiled its industry programme, running from August 16-19, including a repositioning of the Works in Progress strand as well as a raft of new training opportunities for curators and producers.

This year, the previously UK-focused Works in Progress strand will open up to include both documentary and fiction projects from Ukraine. With support from the British Council and in partnership with the Ukrainian Institute, four Ukrainian project teams will be welcomed to Edinburgh to present their work.

As part of this partnership, two Ukrainian feature films have been added to the Special Events strand of the festival’s programme. Valentyn Vasyanovych’s feature Reflection follows a Ukrainian surgeon trying to navigate ordinary life after a period in captivity at the hands of the Russian military in eastern Ukraine. Volodymyr Tykhyy’s One Day In Ukraine looks at contemporary life in Ukriane, seen through the daily routines of three separate groups of citizens.

The new Talent Lab mentors programme is running as part of the 50th anniversary of the Women’s Film Festival, EIFF’s global film event in 1972 that was entirely dedicated to the cinematic achievements of female directors. It offers Talent Lab programme alumni producers a mentoring partnership with international sales agents to help them develop and internationalise their slates.

The EIFF and Curate-It fellowship is a brand new 12-week online curatorial training programme, in partnership with film distributor Aya Films, for seven early career programmers. The programmers will develop an online programme, curated in response to the 50th anniversary of the Women’s Film Festival, using the Curate-It film curation training app.

Further industry highlights include a case study on the company behind EIFF programme title Shadow, Back To Back Theatre – a company with an ensemble of actors with disabilities, who will appear in conversation to discuss their internship programme supporting talent with disabilities.

‘Is this a story I can tell?’ is a session in partnership with the National Film and Television School (NFTS) Scotland, that will explore the considerations and responsibilities of screenwriters when telling stories that aren’t from their own lived experience.

The ’Meet the UK Global Screen Fund’ session, in partnership with the British Film Institute (BFI), will introduce the team and present information on international development, co-production, distribution and promotional opportunities for the UK’s independent screen sector.