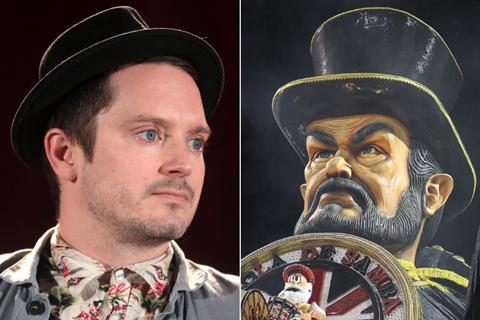 Coffin Joe, the horror character created by late Brazilian filmmaker Jose Mojica Marins, is to return to screens through two separate film projects – one English-langugage from the US, the other Spanish-language from Mexico.

SpectreVision, the US genre production outfit founded by Elijah Wood with directors Daniel Noah and Josh C. Waller, has signed an option for an English-language reboot of the character.

Initially created as the antagonist in Marins’ 1964 horror At Midnight I’ll Take Your Soul and portrayed by the director himself, Coffin Joe went on to appear in nine further films and three television series as well as songs, music videos and comic books.

UK sales outfit One Eyed Films, which holds the rights to the Coffin Joe library, signed the deal with SpectreVision.

According to the company, Spectrevision’s film will offer “a more mainstream, accessible, updated version… faithful to Coffin Joe’s dedicated audience, yet presenting the character to wider, new audiences”.

“Coffin Joe is an iconic and indelible boogeyman who deserves to be reimagined for our contemporary culture,” said Noah. “We look forward to creating a new feature which captures the dark artistry of Marins’ singular creation for our modern world.”

One Eyed has also set a Spanish-language feature, which is at script stage, written by Mexican filmmakers Lex Ortega and Adrian Garcia Bogliano (Here Comes The Devil). Ortega will direct the film, which will reimagine a Mexican history for the character.

“It makes sense to set the new stories both in the USA – where the Coffin Joe films captivated a whole generation of dedicated horror fans since the 1970s when the character ‘Ze do Caixao’ was baptised with his English name – and in Mexico, where this migration from the original Brazilian setting where cultural analogies can be drawn from the character’s original setting, yet creating a fresh approach with new possibilities for the character,” said Betina Goldman, managing director at One Eyed Films.

One Eyed has also signed a UK distribution deal for restored versions of the Coffin Joe film catalogue with Arrow Films, with a release date to be confirmed.

“These films are such an important part of not just Brazilian film history, but genre film history in general,” said Kevin Lambert, head of library at Arrow Films.

Marins died in February 2020, aged 83. One Eyed Films is presenting a restored version of his film A Praga (The Curse) on Friday, October 14 at genre event Sitges Fantastic Film Festival. The film was shot in 1980 and considered lost for several decades, before its recent 4k digitisation, with its recovery the subject of a short film which will play in advance of A Praga.