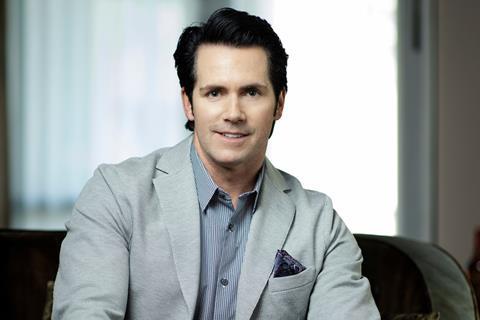 Beverly Hills-based production and finance company Enderby Entertainment is expanding into Canada with the launch of a film and television production office.

Dugdale also announced the new division has acquired effects house Chariotdrive, which is in the process of relocating operations to British Columbia and will be run under the auspices of Enderby Entertainment Canada.

“We’ve fortunately been able to see the growth of the Okanagan region and all the work Jon Summerland has done with the film commission there,” said Dugdale, whose Second World War drama Recon filmed in the region and is set to open in theatres in the US via Fathom Events on November 10 and in Canada on VoD.

“The groundwork for the large-scale film industry has been laid, and in concert with the team at Chariotdrive, we now can bring our international film business home to Canada.”

Dugdale added, “I’m so proud to open our second office in Kelowna, British Columbia, with Todd Ireland at the helm. Todd’s ability to cover all facets of production experience as well as his accolades as a successful screenwriter with equal passion to tell the stories of the Indigenous communities in Canada make him a perfect addition to our executive team.”

“There is an opportunity to fill international pipelines with content that is authentically Canadian, as so much of our story has been left to tell,” said Ireland, who recently earned a 2019 Writers Guild of Canada Awards nomination for an episode of Netflix teen comedy sci-fi ReBoot: The Guardian Code as well as Syfy original series Continuum. “After working with Rick for over 20 years, I’m thrilled to team up with Enderby and help bring these stories to the big screen.”

Chariotdrive works in commercial, industrial, web, TV and new media projects and has carried out post-production projects for the likes of Apple, Sonos, MTV, HBO, Netflix and Facebook. The company specialises in effects, production and finishing all the way to augmented and virtual reality.

“Creative collaboration has been Chariotdrive’s motivating force since our inception and we are looking forward to becoming part of Enderby Entertainment’s incredible vision,” said the effects company’s founder and managing partner Ian Duncan. “We are excited to build on that vision with a platform of the next-generation post and visual effects services for productions worldwide.”

Since it was established in 2006, Enderby Entertainment has produced 18 feature films, most recently shooting the feature XCII virtually during the pandemic in 17 countries. Credits include Hakän Nesser’s Intrigo mystery anthology starring Ben Kingsley and Gemma Chan released by Lionsgate.