Europe must "get act together" to meet production boom demand

The ongoing global film and TV production boom shows no sign of abating, but Europe must make sure it has the infrastructure and resource to continue to meet growing demand - that was the message from creative industries consultancy Olsberg SPI during a presentation at Tallinn Black Nights Film Festival this week. 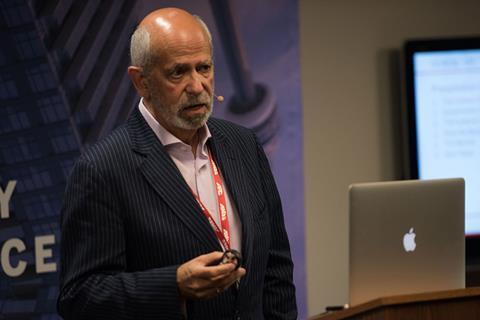 “We refer to it as the coming global production deluge,” chairman Jonathan Olsberg told a packed audience in Tallinn’s Nordic Hotel. “There is a lot of production going on at the moment, but we haven’t seen anything yet.”

The demand for content from the US-based SVoD providers, among them Netflix, Amazon, Apple and Facebook, is fuelling the boom. One key question now is whether the facilities are available to service the demand.

“We are facing the expectation here in Europe and the rest of the world that whatever we think the production market size is now, it is going to be very much bigger in the future. That has implications regarding capacity,” said Olsberg.

The Olsberg SPI chairman told the audience that if Europe “doesn’t get its act together to grow that capacity in terms of talent, crew, studio, facilities, equipment and services, then we are going to lose business to other parts of the world.”

In Europe itself, the number of fiscal incentives for film and TV production available has leaped from around 10 a decade ago to over 30. There has been a similar increase in the US. In 2002, five US States offered incentives - now, there are 32. Olsberg SPI estimate there are now 95 incentives available around the world.

During the presentation Andrew Barnes (Olsberg SPI) explained why governments were so keen to put these incentives in place.

“They maximise cultural and economic benefits [and] do so at low cost. There tends to be a lot lower overhead for a fiscal incentive than there would be for a selective fund. They (the incentives) are normally cash positive.” In most countries where Olsberg SPI has conducted research, the incentives have been found to return more to treasuries than they cost to run.

Rates offered through cash rebates and tax incentives are rising. Some jurisdictions, among them Malta, now offer as much as 40%. The best ones offer not only an attractive headline rate but are transparent, pay out promptly and easy for producers to use, said Barnes.

He name-checked some of the countries that have either introduced or “re-calibrated” their incentives this year alone, among them Romania, Greece, Jersey, Cyprus and Poland. Meanwhile, Lithuania and Croatia are increasing the size of their rebates.

He predicted that both Sweden and Denmark would “have a fiscal incentive within a year”. He also floated the idea of a “Pan-Nordic incentive”.

Underlining the crucial role incentives now play in film production in the UK, Olsberg research suggests that 91% of production activity in the UK “would not have happened” if the film tax relief had not been in place.

“There is also a lot of qualitative and cultural value that is generated by these incentives,” Barnes claimed. “Screen content is really important in how you shape the national narrative.”

Olsberg spoke of the impact that the incentive-driven production boom is having on tourism in many jurisdictions.

Incentives are increasingly being introduced for post-production and VFX as well as for production.

“When you’re producing a feature film or TV drama series, you are spending huge amounts of money on other industries, whether it is publishing, performance, music, fashion, advertising, design. We’ve studied this,” Olsberg said. “We’ve identified that for the average feature film, 38% of the budget is spent on other creative industries. We call this a ripple effect.”

“Governments have not only recognised the economic and cultural value of the screen industries but they’re also seeing how they are powerful engines of growth for the creative industries.”

Some observers have complained that the incentives in different territories risk taking business away from each other and that jurisdictions, competing for production activity and inward investment, are effectively “cannibalising each other”.

Olsberg denied this was happening. “We think the size of the pie is just getting bigger, even if there is competition between countries…we don’t think there is much validity in this cannibalisation argument.”

On a more subdued note, Olsberg warned that political upheaval, and the rise of right-wing, populist governments in certain territories, could put future growth in the sector at peril.