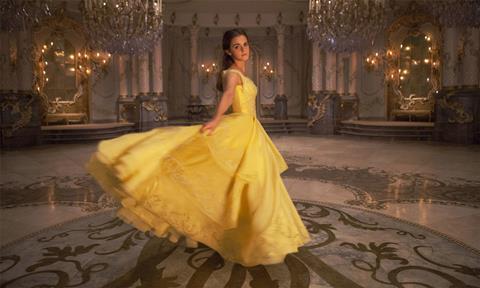 ‘Beauty And The Beast’

Cinema admissions in Europe reached record levels last year, according to a report from the European Audiovisual Observatory presented at the Berlin Film Festival.

They estimate that including non-EU territories, 1.29 billion tickets were sold in Europe in 2017, “the highest admission levels of the past decades”.

This was driven by a jump of nearly 10% in the Russian market, which surpassed 200m admissions for the first time. This “further strengthens Russia’s position as the first European market in terms of admissions,” said the report. Turkey also grew by a 22%.

The Observatory attributed the YoY EU drop to a large decline in Italy (down 12.9%) and a slight dip in France (1.8%).

They said: “It is too early to analyse EU admissions by origin, but the first figures already available would seem to suggest that both European films and US films registered a slight year-on-year decline in admissions.”

The report notes that there were no films generated more than 30m admissions in 2017, with the top performers being Star Wars: The Last Of The Jedi, Beauty And The Beast and Despicable Me 3.