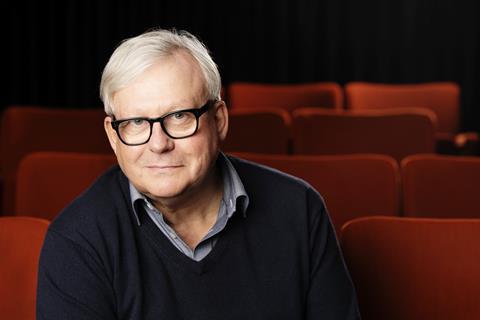 Public film funders in Europe need to adapt to an industry now driven by global streaming companies, staying relevant by encouraging smarter collaborations between the public and private sectors; thinking differently about theatrical windows; investing in diversity and inclusion; and cutting bureaucracy and making quicker decisions.

The recommendations are part of a groundbreaking new report from Sweden’s regional organisation Film i Väst, about the future of public funding for films and other audiovisual works called ‘Public Film Funding at a Crossroads’. The full report is being unveiled tomorrow (March 11), with a discussion also running at the European Co-Production Forum in Brussels and online.

The pan-European study interviewed more than 700 experts individually and also hosted several dozen workshops and focus groups – talking to a further 3,000 industry members – including representatives of funders, film and drama series producers, distribution, sales and marketing experts as well as executives from major streaming companies. The research will also be used for 10 specific territory reports (such as one focusing on Eastern Europe) that will also launch this month.

The report examines how many players are adapting to the European film ecosystem’s ongoing evolution from the ‘old world’ of patchwork financing (including soft money) for independent cinema releases to the ‘new world’ driven by streamers who can fully finance projects and take that content directly to an online audience. Related issues include tough times for most arthouse cinema releases; windows shifting; independent producers struggling to hold onto intellectual property (IP) to build their businesses; capacity issues for skills and talent; and consolidation amongst key players.

The next steps recommended for public funders include:

Tomas Eskilsson, Film i Väst’s head of strategy who spearheaded the report, tells Screen that some public funders’ forward-thinking measures have been “a bit ad hoc, not always based on overall thinking.” He said some bright spots include the Norwegian Film Institute trying to initiate new ways of thinking; and the Danish Film Institute and Filmforderung Hamburg Schleswig-Holstein trying to improve their systems to work more quickly with less paperwork.

Some funds are also exploring the ‘grey zone’ between the old world and new world ways of funding and distributing content. “Some funders are really interested in this grey zone, where streaming giants or VoD services are giving a value to the content with global dissemination, but you can still try to keep your own territory rights, and that works fine,” Eskilsson says.

He adds that more of the film ecosystem needs to embrace this grey zone. “We cannot think black and white, we cannot think good and enemy. We need to understand the logic of the VoD services.

Film i Vast plans to regularly update the report to keep ahead of new developments, including research into more parts of Europe and the changing roles of public service broadcasters.

They plan to also further investigate grey zone projects, which can be hard to track because those deals aren’t as transparent.