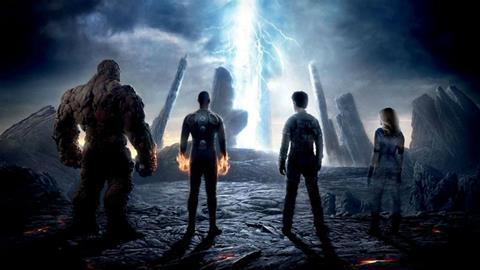 Both of those films went on to take over £12m in the UK, a target that Fantastic Four could struggle to match given its poor critical reception.

Also for Fox, Secret Cinema’s production of The Empire Strikes Back has now amassed $5.8m (£3.75m) after ten weeks of its run.

It may have been knocked off the top spot, but Mission: Impossible - Rogue Nation did lead the UK market over Fri-Sun with $3.7m (£2.4m).

Also for Paramount, Terminator Genisys is near the end of its UK run and has accumulated almost $17m (£11m).

Joel Edgerton’s feature directorial debut will hope to avoid the fast-burn nature of genre films at the UK box office, and good word-of-mouth could see it enjoy a healthy run.

It still stands a chance of ending its run as the second highest grossing non-concert feature documentary of all time, currently March of the Penguins’ $5.1m (£3.31m).

Despite its audience-limiting 18 certificate, Vertigo Films’ The Diary of a Teenage Girl enjoyed a solid start to its UK run with $126,000 (£81,185) from its 80 sites, including previews.

Glyndebourne Festival Opera’s production of The Rape of Lucretia grossed a non-final $46,000 (£29,796) from its 49 sites through Picturehouse Entertainment.