Winning films will now be put forward for selection for the BAFTAs and Oscars. 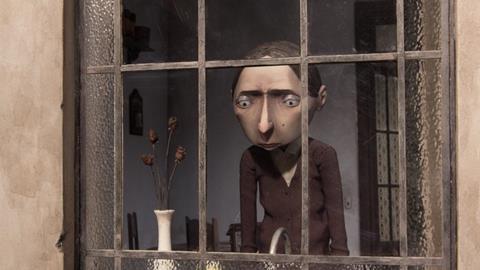 The 20th Encounters Short Film and Animation Festival (Sept 16-21) has announced its award winners with Argentinian director Santiago ‘Bou’ Grasso winning the Animated Grand Prix for Padre (Father) and US filmmaker Jennifer Reeder winning the Brief Grand Prix for A Million Miles Away.

The awards showcased both established and emerging talent, with the jury watching 219 short films in three days to determine the winning selection in 13 categories.

The jury presented the Animation Grand Prix to Padre and commented: “A powerful and poignant film which channels the spirit of Argentina’s missing to the world’s consciousness through subtle and haunting performance.”

Reeder was praised for her “imaginative and multi-layered approach to the film form, achieving depth and authenticity in both script and performance”.

The animation jury also gave a special mention to Chris Landreth for his short film Subconscious Password, which it said “succeeds using a fascinating and original visual language in a story full of humour and sophistication to perfectly deliver the subconscious experience.”

The European Film Academy Nomination was awarded to The Chicken, directed by Una Gumjak, “a moving, brilliantly executed film, featuring a great performance from a child actor and a reminder of the toll that war takes on ordinary people struggling to survive”.

Through the Hawthorn was nominated for the Cartoon d’Or for “its sensitive and intelligent presentation of a family dealing with mental illness presented through a mesmerising triptych”.

Another BAFTA award winner, Gaëlle Denis, won the Channel 4 Best of British Short Film Award with Crocodile, “a characteristically British film in its unexpected changes of tone and the juxtaposition of humour and tragedy”.

A Million Miles Away by Jennifer Reeder (US)

Man in my life by Darya Belkina (Kazakhstan)

Through the Hawthorn by Anna Benner, Gemma Burditt and Pia Borg (UK)

The Planets by Andy Martin (UK)

All the Same (tout les memes) by Henry Scholfield (Belgium)

Notes on Blindness by Peter Middleton and James Spinney (UK)