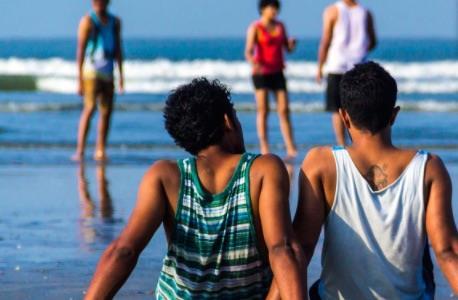 Buyers and festival programmers were buzzing about a number of titles at Film Bazaar 2016, including Kabir Mehta’s Buddhagram, an inventive documentary with risqué scenes from the life of a flamboyant cricketer.

Another hot title, also in Film Bazaar Recommends, is Atanu Mukherjee’s Unknown Faces (Rukh), a Hindi-language drama about an 18-year-old boy dealing with a family tragedy.

Another father-son drama attracting attention is English-language The Color of Loss or Blue by Aakash Bhatia.

In the Co-Production Market, the innovative decision to offer recorded video pitches was hugely welcomed by attendees and participants. Dutch producer Joost De Vries, who is working with Aboozar Amini’s The Cineaste, said, “When we sat down with people they were already aware of what we were discussing. It saved a lot of time and energy, it was so much more effective than spending time pitching here.”

It helped directors focus their thoughts before arriving in Goa, and he said, “You have the added value of having moving image in your pitch, so if people are asking about tone and look, some of that can be seen in the video pitch… I think other festivals could start doing it