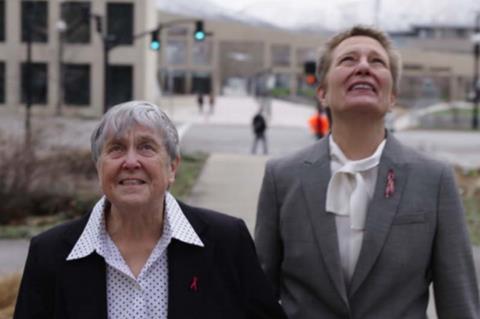 The film centres on Dr. Kristen Ries, an infectious disease specialist who arrived to start her new life in Salt Lake City on the same day as the Center For Disease Control published its first report on what would become known as AIDS.

As the growing stigma surrounding the disease saw many doctors refuse to treat people with AIDS, Ries assembled a group of dedicated medical professionals, including an order of Catholic Nuns, to take care of AIDS patients.

This Is Home in World Cinema Documentary Competition is directed by Alexandra Shiva and features Blumhouse’s Jason Blum as executive producer. The selection premieres on January 20.

Epix pre-bought US pay-TV rights and Herwitz handles the balance of rights throughout the world.