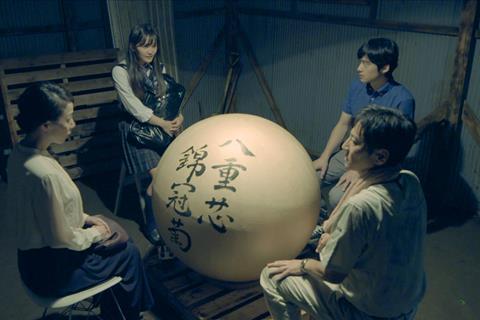 Japan’s Gaga Corporation is launching international sales on Yoshio Kato’s 3ft Ball & Souls at Filmart. The film made its world premiere last year at Skip City International D-Cinema Festival, where it won the audience award, and its international premiere at Fantastic Fest in Austin, Texas.

The film follows a depressed middle-aged man who arrives at a remote cabin carrying a three-foot firework ball, planning to kill himself with members of an internet suicide chatroom called Life Club. But when one of the members, a high-school girl, gets angry and pushes the button to ignite the firework, this somehow takes the group back to when they all first met and they end up stuck in a time loop.