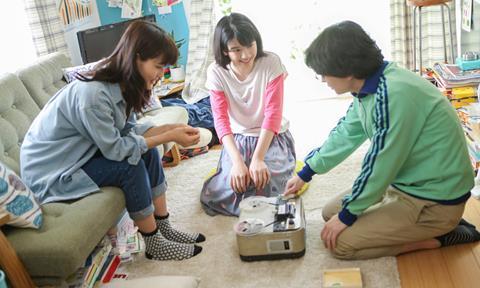 Set in and around Tokyo’s Inokashira Park, the drama stars Ai Hashimoto (Little Forest), Mei Nagano (Peach Girl) and Shota Sometani (Himizu) in a story about a girl who sets out to find a woman mentioned in a love letter written by her late father. Clues lead her to two other millennial friends and a damaged tape of a love song which they try to recreate.

Entermode CEO Bruce D. Lee says Parks is “a good and heartwarming movie, like a Japanese version of La La Land”, while Encore CEO Jovita Toh says, “Parks is a beautiful story with a great ensemble cast and we are very excited to distribute it.”

The film recently had its world premiere at the Osaka Asian Film Festival and will be released locally April 22. It will have a market screening on Tuesday (March 14) at Filmart in Hong Kong.