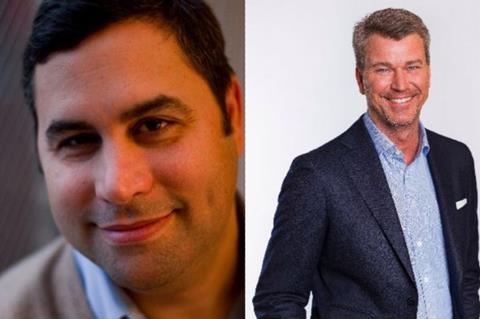 FilmNation Entertainment and Sweden-based Nordic Entertainment Group (NENT Group) are forming a television joint venture based in the UK.

The entity will operate under the FilmNation brand and will develop, produce and finance scripted content aimed at the global market.

In a statement, the partners said they will “leverage their established talent relationships and build a dedicated television content pipeline while expanding their global footprints.” A creative team for the new venture is currently being assembled.

The joint venture plans to work with a variety of UK studios and co-financiers. NENT will have first option on exclusive Nordic rights to the productions.

Production, finance and international sales operation FilmNation, known for features including Arrival and The Big Sick, has UK links through its handling of such British films as The King’s Speech and The Imitation Game.

The company’s Los Angeles-based US TV team, currently working on projects including HBO drama series I Know This Much Is True and Hulu’s The House Of The Spirits, will continue to itself develop and produce TV content for the global market.

NENT, part of the Modern Times Group, operates streaming services, TV channels and radio stations in the Nordic region and has a studios division with 32 companies in 17 countries. Its original TV projects include Alex, Veni Vidi Vici and Swedish Dicks.

In a statement on the UK joint venture, FilmNation Entertainment CEO Glen Basner and COO Milan Popelka said: “Launching this innovative UK partnership is an exciting step in furthering our overall global strategy to serve as trusted, premium scripted content creators, and to continue to have our platform be a destination for the world’s best storytellers.

“In NENT Group we have found forward-thinking, creatively-aligned partners who see the exciting future of global entertainment the same way we do, and we’re thrilled to be joining forces with them in a territory that is home to such exceptional creative talent.”

NENT Group president and CEO Anders Jensen added: “This milestone partnership with a major international studio creates numerous strategic benefits for NENT Group. We now have long term access to some of the world’s most prestigious upcoming scripted content and co-own a high growth company in the dynamic UK production market. At the same time, we can offer even more attractive, one of a kind stories to our customers and partners.”