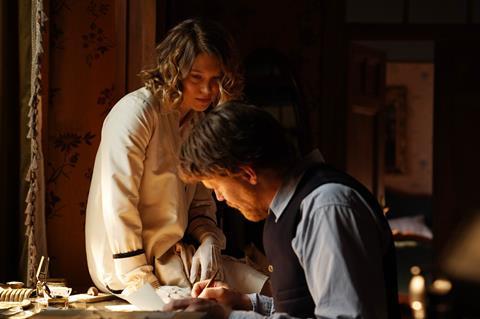 The Story Of My Wife

Ildiko Enyedi’s Hungarian Competition title The Story Of My Wife, starring Lea Seydoux, Gijs Naber and Louis Garrel, has racked up a raft of new sales for Films Boutique.

Lea Seydoux, Gijs Naber and Louis Garrel star in the film about a seasoned Dutch sea captain, who makes a fateful  bet in a café that he will marry the first woman who enters the place.