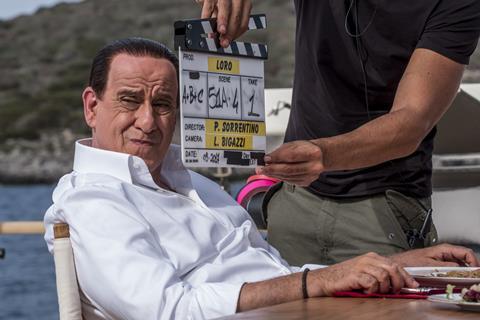 The first image of Toni Servillo as Silvio Berlusconi in Paolo Sorrentino’s biopic has been released (see above).

The project, called Loro (Them), will centre on Berlusconi and his entourage. The title means ‘Them’ but is also a word play on ‘L’oro’ which means ‘gold’.

Focus Features has acquired Italian rights to the film. Pathé is co-producing and will handle sales outside Italy.

Servillo starred in Sorrentino’s foreign-language Oscar winner The Great Beauty and Il Divo, in which he portrayed another Italian prime minister, Giulio Andreotti.

Read more: 10 hot Italian TV dramas that should be on your radar