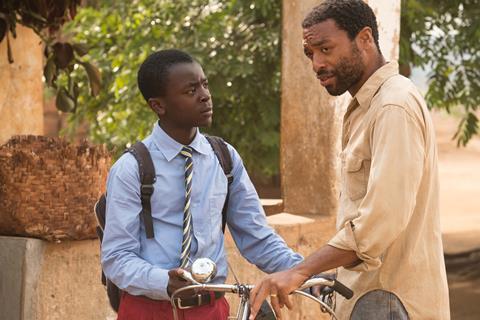 Screen can unveil this exclusive first look at Chiwetel Ejiofor’s directorial debut The Boy Who Harnessed the Wind.

Maxwell Simba stars as William Kamkwamba with Chiwetel Ejiofor as his father Trywell in the film directed and written by Ejiofor based on the book of the same title.

The Malawi-shot story is about a boy who can’t afford to go to school but dreams of building a windmill to save his village from famine.

Participant Media, BBC Films and BFI, with funds from the National Lottery, are lead financiers on the project, along with Head Gear, Econet and LipSync.