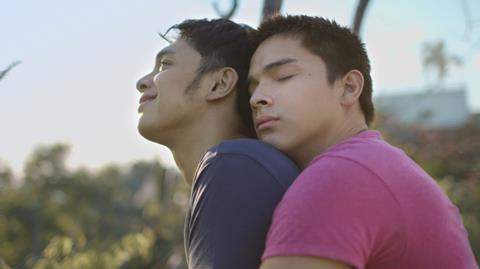 Fortissimo Films has added another auteur title to its growing 2013 release slate with Unfriend from Joselito Altarejos, the Filipino director behind The Game of Juan’s Life, Pink Halo-Halo and Antonio’s Secret, and renowned as one of the innovators of gay cinema in the Philippines.

Fortissimo will represent all rights outside of the Philippines. Local release through Solar Entertainment Corporation is planned for early 2104 while Fortissimo will launch the film internationally later this year.

Set in Manila and based on a recent news story, Unfriend tells the story of a socially isolated teen, David (Sandino Martin) coming to terms with his sexuality and dealing with the intense emotions of his first relationship, which has gone bad.

After having met fellow teen Jonathan (Angelo Ilagan) on Facebook, David begins to develop strong feelings for his social media friend but soon realizes he has been discarded for another. David embarks on a self destructive mission to win him back at all costs.