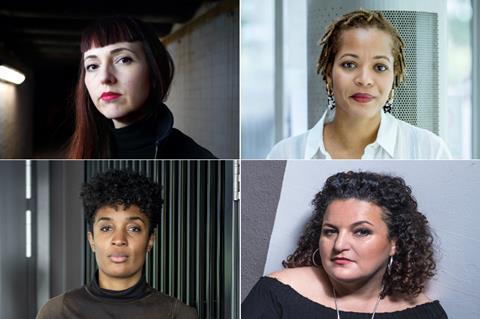 Four Screen UK & Ireland Stars of Tomorrow have been selected as finalists for the Gold Fellowship for Women, an award offered for emerging female filmmakers by the Academy of Motion Picture Arts & Sciences (AMPAS).

Fellowships will be given in two categories: one for the US, and one for international. Six finalists have been selected for the domestic fellowship, with five – including all four former Screen Stars – for the international award.

Among them are producer Farah Abushwesha, a Screen Star in 2017, who is creative director at emerging talent showcase Rocliffe and whose producing credits include Irreplaceable You, The Last Photograph and BBC miniseries The ABC Murders; and Rienkje Attoh-Wood, a 2020 Star, who has produced Shola Amoo’s A Moving Image and co-produced BBC series Noughts + Crosses.

The fellowship amount is $35,000 for the domestic award, and £20,000 ($26,500) for the international recipient. The fellowship includes mentoring over a one-year period, with mentors yet to be chosen for the 2021 cohort.

The final recipients will be decided in mid-December; the Academy is able to award more than one fellowship in either category, with six awards made across the last three years, including to Northern Irish filmmaker Aislinn Clarke in 2019, and French-Algerian director Mounia Meddour last year.