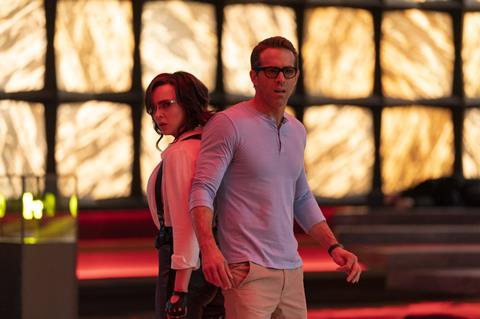 Ryan Reynolds and Jodie Comer action comedy Free Guy was expected to open number one in China on Friday (August 27) on around $5.4m.

Disney executives are projecting the 20th Century Studios film about a bank clerk living inside a video game will finish the weekend in the $18-19m range.

The studio said early social scores were encouraging, with Maoyan registering a strong 9.2 (Deadpool 2 registered 7.6), TPP 9.0, and Douban a solid 7.8.

Thus far Free Guy has grossed more than $130m worldwide in a roughly even split between North America and international. It opened in North America on $28.4m and remains number one having grossed $65.7m and counting, while the international arena has delivered $64.6m.