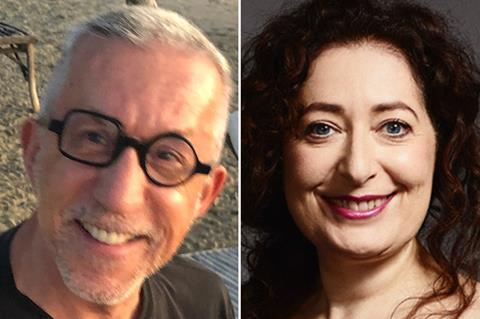 The Venice organisers need to work with the leading VR platforms, who are generally strong supporters of artists in the fast growing VR field, in order to distribute virtual-reality projects online. The hitch comes with what these platforms are allowing to be seen.

Any piece that does not comply with the platforms’ criteria is rejected, he explained. “Nudity and sex are completely impossible to show on any of the platforms… which really contradicts the notion that VR is a new art form and that therefore new artists want to use the medium to express freely their story worlds,” Reilhac added.

This means, for example, that some works chosen for the Venice programme can’t be shown through the platforms. Taiwanese director Tung-yen Chou’s sexually explicit In The Mist, dealing with a gay experience in a male sauna, is one example of a project affected.

“We had to pull it out of competition because it cannot be seen on the platforms but we’ve kept it as a special event,” Reilhac noted.

In The Mist can only be seen in Venice itself or in one of the satellite cities but cannot be experienced online.

A panel is being held in Venice on September 8 as part of the VR Expanded progamme to explore the options available to artists whose work does not fit within the “family values” boundaries set by some of the VR platforms.

After a fully virtual edition last year, the Venice VR Expanded programme has returned to the Lido as a physical event, albeit on a smaller scale than in previous years. Based in rooms in the Venice Casino, the VR programme has had to vacate (for now) its old home on Lazzaretto Vecchio, an island 50 yards off the Lido. This means it lacks the space and facilities to host or present installations.

However, the online presence continues to grow while satellite cites including Beijing, Paris, Berlin, Amsterdam, Moscow, Portland and Barcelona are also producing their own local events at which the Venice VR selections are being showcased.

A new VRChat “metaverse” world gallery has also been established. There are 24 projects in Competition; 11 projects in the Best Of section; one project in the Biennale College Cinema VR section and one special event, out of competition.

Competition projects include Barry Gene Murphy and May Abdalla’s Goliath, a story of a man with schizophrenia who finds connection with the world by playing video games. It is narrated by Tilda Swinton.

Another high-profile title in competition is Glimpse, directed by the Irish filmmaking duo Benjamin Cleary and VR creator Michael O’Connor, and which stars Taron Egerton and Lucy Boynton. The anthropomorphic tale details the break-up of a relationship between a panda and a deer.

Another competition title highlighted by the organisers is Taiwanese director Hsin-chien Huang’s Samsara, a dystopian project set in a near future in which the environment has been completely destroyed by the human race. Humans have to flee to find a new home in space. They re-engineer their DNA and evolve into a new form and then search for a new planet on which to live.

All the competition works are world premieres.

Venice remains the only major festival which includes VR as an integral part of its main programme. “The other festivals that have a significant VR section, they all have it on the side. It’s not part of the official selection,” says Reilhac. “I guess it is because they don’t believe yet it (VR) is an art form. We are very, very thankful to the Biennale and to Alberto Barbera, the artistic director, to trust us and give us the time over the years to really show that this is an art form.”