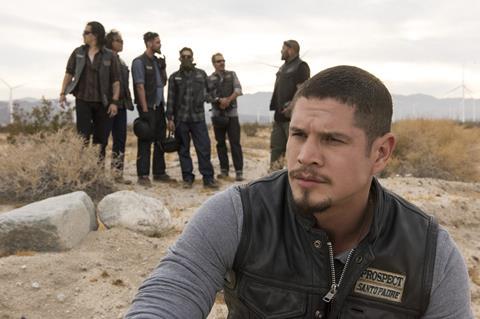 FX has picked up Mayans MC to series, ordering a 10-episode first season of the drama series.

Mayans MC is the next chapter in the Sons Of Anarchy saga, Kurt Sutter’s award-winning series that was the highest-rated ongoing drama series in FX history for seven seasons.

The Mayans were recurring and pivotal players in Sons Of Anarchy throughout the show’s seven-year run.

The series from Sutter and Elgin James is set to premiere its first season on FX in 2018.

Mayans MC is set in a post Jax Teller world, where EZ Reyes, fresh out of prison, is a prospect in the Mayan MC charter on the Cali/Mexi border. Now EZ must carve out his new outlaw identity in a town where he once was the golden boy who had the American Dream within his grasp.

“Kurt Sutter is a master storyteller and Mayans MC has the raw energy and intensity that are hallmarks of his signature style,” Nick Grad, presidents of original programming for FX Networks and FX Productions, said. “Thanks to Kurt, co-creator Elgin James and this amazing cast, Mayans MC builds on the legacy of Sons Of Anarchy, taking it in a thrilling new direction that we can’t wait for the world to see.”