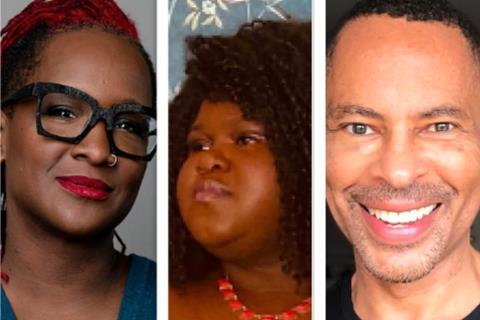 Gabourey Sidibe, who broke out in her Oscar-nominated performance in Precious, will makes her feature directorial debut on Gamechanger Films’ thriller Pale Horse.

The story takes place in the Pacific Northwest and centres on a reclusive African American YA author living with MS who finds herself ensnared in a diabolical mystery when she shelters the man who escaped captivity with her long-missing brother.

Effie T. Brown (Dear White People, Real Women Have Curves) and Wellington Love (The United States Vs. Billie Holiday) – both pictured – are set to produce on behalf of Gamechanger Films, the production company and development fund dedicated to multi-platform projects by and about women, people of colour, LGBTQ+, and people with disabilities.

Pale Horse is based on a story by Chris Courtney Martin (The Last Laugh), with a screenplay by Asabi Lee and Paul Hart-Wilden (Wolf Town).

Gamechanger developed Pale Horse and is co-financing the project, scheduled to go into production in the autumn. Recent Gamechanger projects include Rebecca Hall’s Sundance selection and upcoming awards season contender Passing starring Ruth Negga and Tessa Thompson which sold to Netflix for more than $15m, and Stranger With A Camera, the debut feature from Oorlagh George, which is currently in post-production.

”I’m super excited to work with Gamechanger on my first feature,” said Sidibe. “This project is a true stand-out and the character of Naia is a bad ass! Effie and Wellington are powerhouse visionaries and I’m so excited to be able to work with them to create this gripping thriller with complex characters.”

”Stories like Pale Horse are long overdue in the entertainment industry and Gamechanger is dedicated to financing and producing them: entertaining films that offer diversity in story-telling, characters, and filmmakers,” said Brown.

“In addition to our development and producing commitments, we plan to demystify the process of production through our social and partnership channels, pulling back the curtain on what it really takes to create a film. We want people of all communities to feel included in and empowered by this process.

“I have known Gabourey for some time and am always impressed with her skills as a storyteller, both as an actor or author. She will be an incredible force behind Pale Horse.”

Sidibe’s credits include Antebellum, Come As You Are, and Tower Heist. Television credits include a regular role as Becky on Empire, several seasons of Ryan Murphy’s American Horror Story anthology, Difficult People, and The Big C.