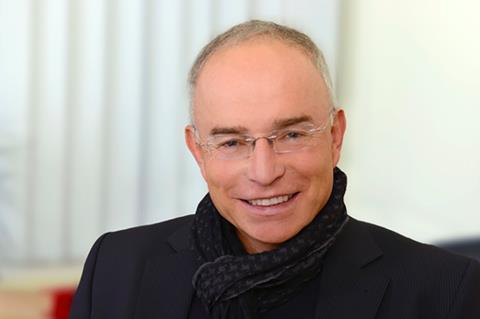 The German film industry’s umbrella organisation SPIO (Spitzenorganisation der Filmwirtschaft) has called on the country’s national and regional politicians to set up a multi-million “stability fund” in response to the sector’s ongoing slowdown due to the coronavirus crisis.

According to calculations made by SPIO and its 19 members, a three-month shutdown might result in the loss of around 36% of the 80,000 jobs in the film sector, with 20% of the 6,700 companies faced with insolvency, and the industry overall posting €2bn less in revenue.

Thomas Nägele, president of the SPIO, said the crisis is hitting the film industry from two sides. “The industry’s most important stage of exploitation has fallen away with the closing of the cinemas,” he said. “On top of this, the shops have closed. As a result, the home entertainment market with Blu-rays and DVDs, which is important in Germany, has collapsed.

“On the production side, legal uncertainties and shooting bans have brought film sets to a standstill. Nevertheless, high overheads are continuing to be incurred from the cinemas through to the studios.“

Nagele noted the protective economic shield so far provided by Germany’s Federal Ministry of Finance and the Federal Ministry of Economics and Technology in the form of subsidies, short-time working compensation and liquidity support is “the right approach to cushion the overall economic impact. But many companies and employees in the film industry are in danger of falling into a gap between these building blocks”.

While various financial aid packages have been made available by the national and regional authorities for companies with up to 10 employees or those with more than 250, these measures are not applicable to companies with between 11 and 249 employees, which make up some 44% of the companies operating in the German film industry.

The SPIO has therefore called on German politicians to back the idea of a so-called stability fund to provide financial aid of more than €563m in the form of direct grants for the film industry’s various sectors during the shutdown period.

Exhibitor associations HDF Kino and AG Kino have indicated €186m would be needed to compensate for their cinemas being closed for three months, while the production community was looking for at least €226m in support, distributors €16.5m, and the technical services sector, such as studios and VFX facilities, around €135m in aid to make up for the loss in revenues.

SPIO has suggested the German Federal Film Board (FFA) in Berlin would be the ideal official body to administer such a fund in tandem with Germany’s 16 regional Länder and their respective film funds in order “to grant a speedy and legally watertight implementation“.

The SPIO represents the interests of the German film and video industry in the areas of production, distribution, exhibition and audiovisual media with such members as the German Producers Guild, the arthouse cinemas association AG Kino, German Films, and the German Film Academy.

The organisation pointed out the proposed new fund would only aim to address the current standstill:  “The funds [would] neither cover the costs and losses incurred before the ordered cinema closures and shooting bans, nor the expected additional costs and consequential damages after this phase,” said Nägele.