Germany’s Commerzbank is prepared to serve as a financier of more international co-productions going forward as it increased its annual financing volume for film and TV production to $340m (€300m) in 2014. 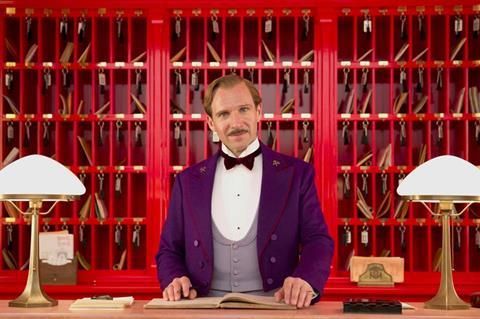 However, Germany’s second largest bank announced this week that it had already reached these targets by the end of 2014.

The number of productions financed by Commerzbank tripled from 2012’s total of 35 to 105 projects last year.

Commenting on the increase in the number of film projects financed in the last two years, Jochen H. Ihler, divisional board member sales central region and head of CoC public sector, observed that “the international film market, in particular, offers a considerable growth potential for German producers. Therefore, we have decided to also be increasingly available as a financier for international co-productions.”

The lack of comparable and compatible data between European markets hampered the impact analysis undertaken by Olsberg SPI for the European Audiovisual Observatory (EAO) on the effects of fiscal incentive schemes on the production of film and audiovisual works in Europe.

Authors Jonathan Olsberg and Andrew Barnes observed in their report that „one of the major challenges within this project has been the lack of comparable, extensive data for markets, and the incompatibility of datasets when they have been available.“

„At present, there is a clear disparity in the quality and availability of data between individual countries studied as part of this report. For countries – such as France, the UK, and Ireland – the collection of data with regard to the film and television production sector has been a long-term project, whereas other countries find they are starting more or less with a blank canvas in evaluating their industries. It is also the case that, for a number of countries, data and analysis are available privately, or only in native languages, limiting the ability of independent researchers to understand and evaluate the impact of schemes.“

Dr. Susanne Nikoltchev, the EAO’s Executive Director, also noted in her introduction that „the final study confirms the need for a Phase II in order to dig deeper into the issue. For this to happen, we will have to count on the willingness of the sector itself and the entities administering the support schemes to make more data available.“

„Ideally, data providers would follow one single agreed upon methodology, irrespective of size, type or country location of the scheme in question and efforts would be increased for collecting data relevant for measuring the economic impact of fiscal incentive schemes,“ she argued.

The 132-page report identified a total of 26 fiscal incentive schemes in 17 European countries as of Dec 31, 2014, with France offering five different incentive schemes, the UK four and Italy three. These 26 schemes could be broken down into 11 tax credits, nine rebates, and six tax shelters.

According to evaluations for a sample of eight countries, “almost all of the incentive structures provide a greater return to the government in tax revenues than they cost to operate, whilst also providing standard trickle-down benefits to the broader economy, also including in areas such as tourism and exports.”

The report showed that in France, for example, €12.8 was invested in the sector for every €1 of incentive provided, while the UK showed that, for every £1 of tax relief, there is an additional £12 of GVA (Gross Value Added) created.