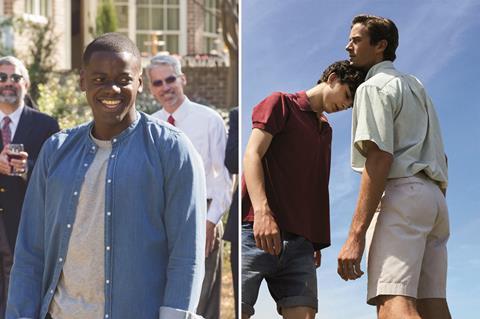 Jordan Peele won best original screenplay at the 2018 Writers Guild Awards for Get Out, while James Ivory won the adapted screenplay award for Call Me by Your Name.

Get Out boosted its Oscar chances by triumphing in a strong field including Lady Bird, The Shape Of Water, The Big Sick and I, Tonya. Martin McDonaugh’s Three Billboards Outside Ebbing, Missouri, which made the Oscar shortlist in this category, was not eligible for a WGA award.

On the TV side, Hulu’s The Handmaid’s Tale took home awards for drama series and best new series.

ORIGINAL SCREENPLAY
Get Out - Written by Jordan Peele

ADAPTED SCREENPLAY
Call Me by Your Name - Screenplay by James Ivory; Based on the Novel by André Aciman