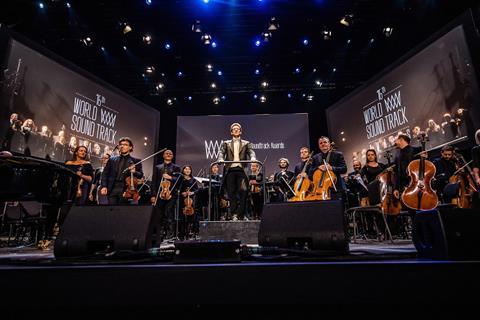 Shot largely at AED Studios in Antwerp, the Emily Dickinson biopic is a UK-Belgium co-production.

The international jury was led by Jeremy Thomas. The veteran UK producer was also recognised by the festival for his contribution to cinema, receiving the lifetime achievement award.

“We have received some of the most artistically ambitious films from the last five decades from Mr. Thomas,” said Ghent artistic director Patrick Duynslaegher, who presented Thomas with his award.

Citing his work with directors such as Nagisa Oshima (Merry Christmas, Mr Lawrence), Bernardo Bertolucci (The Last Emperor), David Cronenberg (Crash), Wim Wenders (Pina) and Ben Wheatley (High-Rise), Duynslaegher added: “Most of these directors could not have made these films without his vision, his love for cinema and his nurturing.”

Burwell swept the major categories including composer of the year for his work on Carol and Anomalisa, the public choice award and best original song written directly for a film – ‘None Of Them Are You’ from Anomalisa. The film’s writer-director Charlie Kaufman shared the music and lyrics credit.

The New York-based Burwell, who was Oscar nominated this year for Todd Haynes’ Carol, accepted his awards via video link (clad in a tuxedo) due to his current commitments on Haynes’ Wonderstruck, starring Michelle Williams and Julianne Moore.

Other awards included best original score for a Belgian production, which went to Hans Helewaut for Cafard, and the Sabam Award for best young international composer, which went to Switzerland-based Sándor Török.

Renowned for his groundbreaking electronic scores for the likes of Merry Christmas, Mr. Lawrence, The Last Emperor and, more recently, Alejandro Gonzalez Inarritu’s The Revenant, Ryuichi Sakamoto was honoured with the WSA’s lifetime achievement award.

The Japanese composer’s musical partner Alva Noto presented the award, citing Sakamoto’s film work as music that was engraved in people’s memories and would inspire generations to come.

Following a lengthy standing ovation, Sakamoto accepted the honour and said: “As I looked over the list of people who have previously received this award, I was bewildered. I don’t specialise in films.

“Then I thought, ‘Mr. Oshima entrusted me with an enormous responsibility. He spent five years producing Merry Christmas, Mr Lawrence [with Thomas] but he still gave me complete creative freedom.’ I don’t think I could ever be as brave as he was.”

Sakamoto continued: “Music plays an important role in many films, but the process of composing a film score comes at the end of making a film, which means no time and a meager budget. Is this how it should be? Please give composers more time, more space for creativity and more money!”