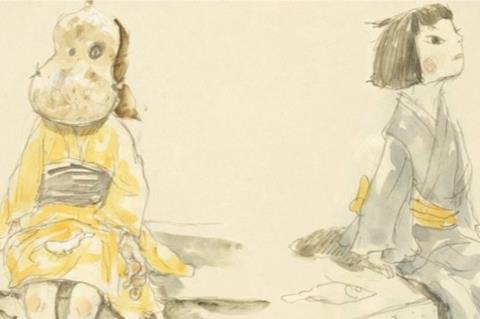 The film tells the story of the friendship between the legendary 14th century Noh performer Inu-Oh, and the blind Biwa player Tomona, who rise from hardship to stardom through their creative partnership.

Inu-Oh marks GKIDS’ fifth title from Msaaki Yuasa after Lu Over The Wall, The Night Is Short, Walk On Girl, Mind Game, and Ride Your Wave.