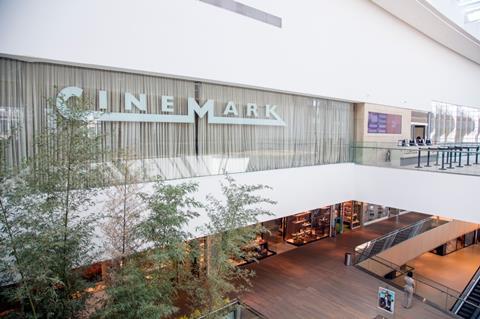 With the recent and gradual reopening of cinemas in Brazil, there are now around 1,570 screens in operation in the country after the multiplex sector took a heavy hit.

According to the Brazilian Association of Multiplex Cinema Operator Companies (ABRAPLEX), the estimated loss to cinemas located in shopping centres so far this year has been $312.6m (BRL 1.8bn).

However new figures have given cause for cautious optimism.

Since the major chains Cinemark and Cinépolis reopened last week, the number of tickets sold reached 133,000 and box office totalled $382,000 (BRL 2.2m), according to local theatrical tracking firm Filme B.

“The attendance is still low, but it is significant”

“The attendance is still low, but it is significant,” said Marcelo Bertini, president of Cinemark in Brazil, where the chain has 642 screens in 50 cities.

“There was an evolution last weekend thanks to the openings of The New Mutants and Scoob!,” he added citing a 70% rise in revenues and 60% gain in ticket sales compared to the previous weekend, when there were no new films and cinemas relied on old classics and re-releases.

The growth driven by The New Mutants and Scoob! has instilled confidence in the market and suggested the public is willing to return to cinemas if the number of new releases continues to rise.

Expectation is high surrounding the long-awaited debut of Tenet, which opened on Thursday (October 29). Christopher Nolan’s sci-fi thriller opens on 965 screens, which represents the biggest launch since the resumption of operations since the lockdown.

Brazilian states have separate autonomy in terms of health protocols and how they plan to combat the spread of coronavirus, which has meant the date for cinema reopenings has varied across the country based on regional performance.

In São Paulo, the largest city in South America, the reopening of cinemas was authorised on October 10, when the city entered the so-called “green phase”, allowing non-essential activities including cinemas, museums and other cultural spaces to reopen.

In recent months authorities in São Paulo and Rio de Janeiro have repeatedly postponed the reopening of cinemas because they feared the activity posed a public health risk.

“We had to work closely with the health agencies to explain the technical aspects of our business and to show that the cinema is much safer than restaurants,” says Bertini.

In order to reopen, cinemas had to comply with safety protocols determined by local health authorities. Approved sanitary measures have included mandatory wearing of masks by customers and employees, and the availability of hand sanitizer gel throughout venues.

Cinemas can only operate at 60% capacity, allowing the minimum distance of 1.5 metres between the seats.

In addition to protocols, Cinépolis, the second largest chain in Brazil with 434 screens, has reinforced the concept of maximum comfort to bring viewers back.

“As we are the number one exhibitor in VIP rooms in Brazil, with 50% of them, we can offer more comfort and more exclusivity in this moment of social distancing,’’ said Juliano Russo, marketing and commercial director of Cinépolis in the country.

The uncertainty over cinema attendance in the weeks ahead is of concern to Brazilian producers whose films are scheduled to open.

Nora Goulart is the producer of Verlust by Esmir Filho (The Famous And The Dead, Something Like That), which is set to premiere on November 5.

“Our film will open now due to its release contract,” she said. “Even though the deadline was postponed in the face of the pandemic, it needed to be met.”

Verlust is currently screening at São Paulo International Film Festival, which runs mostly online until November 4. “We hope that the presence of the film at the festival will give it the visibility it needs for boosting its theatrical debut,” added Goulart.

Renata de Almeida, director of the São Paulo International Film Festival, had hoped to hold the 44th edition of the event physically. However by the time the reopening of cinemas was finally made official in the city, it was too late since the festival had already concluded its negotiations with producers, directors, distributors and sales agents on selected titles.

De Almeida said she hoped the virtual version of her event – interspersed with a few drive-in screenings – will help put an end to the “friction between cinema and streaming”.

“Our festival is making it clear how much people miss watching films at the theatres,” she said. “The pandemic, which only accelerated ongoing processes, is showing us how the fear of streaming is unfounded. The act of going to the cinema will come out even stronger.”