In the latest twist in the saga involving the director and star of The Birth Of A Nation, the head of the Women’s Law Project has called for an overhaul in sexual assault laws and the way campuses deal with harassment claims. 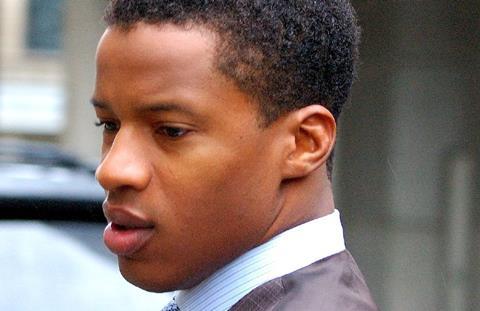 The organisation’s director Carol E. Tracy issued a lengthy statement on Monday in relation to the 1999 allegation by a woman that Parker and his then Penn State University roommate Jean Celestin raped the woman while she was unconscious.

In 2002 the Women’s Law Project represented the woman in a complaint that Penn State University violated Title IX by failing to properly respond to claims by her that she was harassed after she filed reports to police and the university.

Title IX is the federal law that prohibits sex discrimination in educational institutions.

Parker was acquitted of rape in 2001. Celestin’s conviction was overturned and prosecutors subsequently dropped plans for a retrial. The woman is now known to have killed herself in 2012.

The Birth Of A Nation will receive its Canadian premiere at the Toronto International Film Festival next month. Fox Searchlight plans to release the film in the US on October 7.

Tracy’s statement appears below in full:

“In 2002, the Women’s Law Project represented a young woman in a complaint charging Penn State University with violating Title IX by failing to properly respond to the harassment to which she was subjected after she filed complaints to the police and the school alleging she was raped by PSU wrestlers Nate Parker and Jean Celestin.

“This woman’s family has eloquently conveyed the impact the experience and subsequent harassment to which she was subjected had on our client. As is now known, she tragically died in 2012. We chose to refrain from participating in the public dissection of the case out of respect for the privacy of our client who, throughout our representation, requested anonymity.

“However, as advocates of improving responses of both the criminal justice and campus systems to sexual assault, we come forward to address our client’s objectives. Our client took the actions she did with the goal of protecting other women from sexual assault and harassment, and to do what she could to ensure justice for rape survivors. These objectives have not been achieved in either system, as has been well documented.

“First, we will address sexual assault laws. Our sex crime laws need to be updated and stripped of archaic notions about sexual assault such as those that impose, by word or practice, perpetual consent based on previous sexual relationships.

“The criminal justice system must free itself of pervasive bias and victim-blaming. The Department of Justice recently issued a guidance, Identifying And Preventing Gender Bias In Law Enforcement Response To Sexual Assault And Domestic Violence. This document provides a good starting point for police to commence this work; prosecutors, juries, and judges must also self-police their attitudes.

“Our college campuses, appropriately reminded of their obligations under Title IX by the Office for Civil Rights in 2011, need to comply in both word and practice with the law and strive to prevent sexual misconduct and harassment so students – all students – can fully benefit from their education.

“Title IX, the civil law that prohibits sex discrimination in educational institutions, is an important and necessary response to sexual assault on campus. Under this law, educational institutions must strive to keep their students and campuses safe by prohibiting sexual assault and harassment, and enforcing that prohibition. They also must do what they can to ameliorate the effects on the victim, which can be severe, as we have been so painfully reminded this week.

“As has been widely reported, our client received a small monetary payment as part of the settlement with Penn State. Most important to her, the settlement included the appointment of an independent panel to review PSU’s policies, practices, and procedures. The panel reviewed written policies and heard from numerous witnesses, including our client. (Read Carol Tracy’s 2003 statement here.) The panel issued a final report with recommendations, which we supported.

“In 2012, following new revelations of sexual assault on Penn State’s campus, the Women’s Law Project and nine other organizations requested the Office for Civil Rights review Penn State’s response to student allegations of sexual misconduct with a focus on PSU’s response when athletes or other athletic department personnel are involved. In 2014, the OCR independently opened a compliance review, which is still active. We look forward to their findings and recommendations.

“A victim should not have to worry about harassment, safety, classes, and finances after she has experienced and reported a heinous crime,” our client said in 2004. “If victims feel protected, more will come forward, and perpetrators will learn that their behavior will not be tolerated.”

Fox Searchlight had declined to comment at time of writing.