HBO has acquired Kudos’ Guy Fawkes-inspired thriller Gunpowder ahead of its conclusion this weekend. 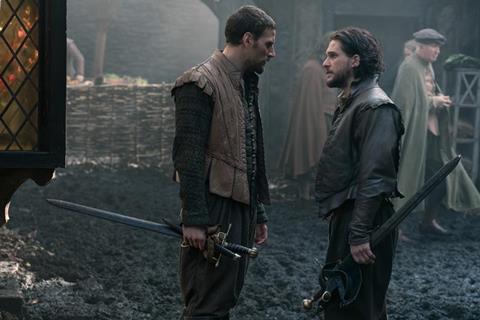 The US broadcast will strip BBC1’s three-part drama in December, as well as make it available via its digital services including HBO On Demand, HBO Now and HBO Go.

Gunpowder opened in October with 4.8m (24%), while all three episodes were made available on iPlayer following its linear debut. It was named as a Broadcast Hot Pick at Mipcom 2017.

Harington is a descendant of Robert Catesby, the leader of the Catholic group that planned 1605 Gunpowder plot, who he plays in the show.

“Three years ago, [actor and producer] Daniel West and I conceived and began developing Gunpowder with Kudos and Ronan Bennett,” he said. “We are thrilled to be bringing it to a US audience.”

Kary Antholis, president, HBO Miniseries and Cinemax Programming, said: “Kit’s passion for and belief in Gunpowder are evident in every frame of the miniseries.”

Kudos chief executive Diederick Santer added that the show would be “unmissable viewing” in the US.