HBO, Netflix and Universal execs among speakers at AFCI Cineposium in St Petersburg 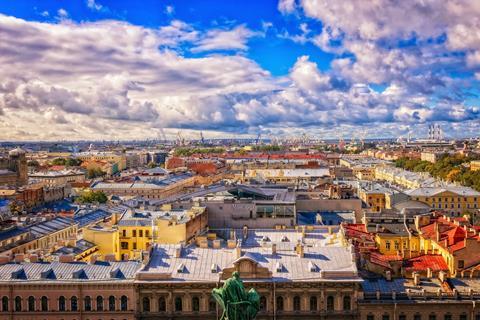 The Association of Film Commissioners International (AFCI) has brought together speakers from Netflix, Universal, Playstation and HBO for its annual Cineposium conference in St Petersburg on September 13-16 to discuss hot topics affecting the screen industry.

Other Friday panel session highlights include building production hubs of the future; the importance of film tourism as an economic injection; and a discussion with executives, including Jeanette Volturno, head of physical production at Blumhouse (Get Out) and producer Michel Ruben (Narcos), about when they’ve chosen unusual or non-incentivised shooting locations, which will be moderated by Screen.

Saturday’s panel discussions include: an assessment of the gender situation in the industry, with Cristen Carr Strubbe, SVP physical production at Universal Pictures, among the speakers; a Screen chat with renowned producer Iain Smith about his career; working in and collaborating with the Asian market; cross-border collaborations and co-productions across Europe; and the evolution of gaming with Asad Qizilbash, head of PlayStation Productions.

“This year’s 43rd annual Cineposium is on track to be our most global conference to date,” said AFCI president Jess Conopolia. “It will be a melting pot of top industry executives, content creators and film commission representatives from six continents. We couldn’t be prouder of the extraordinary programming and networking opportunities attendees will experience.”

There will also be an AFCI Film Commission member-only event and a Business-to-Business Industry Day.

The Cineposium, which runs concurrently and collaboratively with the UN World Tourism Organization General Assembly, is co-presented by AFCI and the Russian Office of Film Commissions with support from the Saint Petersburg Committee on Tourism Development and Saint Petersburg Convention Bureau.