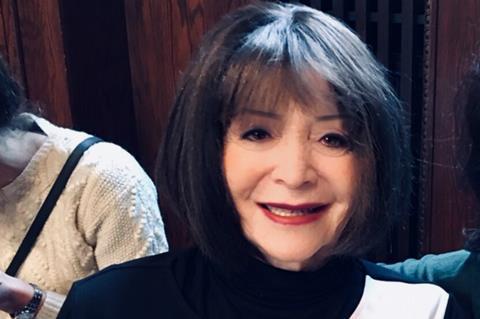 Adriana Shaw, founder of streaming service HerFlix, has called on international female filmmakers to submit their projects in a bid to introduce their work to US audiences.

Speaking ahead of a discussion at FilmFest Hamburg on Friday (October 4), Shaw put out the call to members of Women in Film & Television International (WIFTI), for whom a dedicated channel has been created on the TVOD platform.

“I am looking for gems, for content that has been passed by,” said the New York-based distribution executive.

Any filmmaker who is a member of WIFTI is eligible to show work on the HerFlix service, where it will be seen there alongside films from celebrated names such as Nora Ephron and Anne Fontaine.

“One of the missions behind my businesses is to be able to share women’s stories from around the world with an American audience,” said Shaw. “If you are a WIFTI member and put up your short film, doc or feature film on the channel, there is no barrier.

“Once it’s on the site, we will make efforts to curate by genre, by country. We will give each filmmaker an opportunity to work with us to market the film.”

Films will be shown on a non-exclusive, revenue-sharing basis for features, and with a sponsorship model for shorts. Any type of short or long-form content is eligible but non-English language material will need subtitles.

In Hamburg, Shaw called on German members of WIFTI to submit their films and said exposure might also provide non-US female filmmakers with an opportunity to have their work shown theatrically.

There are now more than 13,000 members of WIFTI in over 40 countries worldwide. In order to join the network, members have to be film industry professionals. WIFTI producers as well as directors can submit their work to HerFlix.

Stage 32, founded eight years ago by Rich Botto, is dubbed a “LinkedIn” for film, television and theatre creatives. It has 500,000 members, split 60% in the US and 40% international, and is a partner with both the Cannes Marché and the American Film Market (AFM).

Speaking in Hamburg, Toney highlighted some of the platform’s recent successes in bringing together directors, actors, technicians, financiers and writers.

One example involved Hungarian producer Terez Koncz, who met director Viktoria Szemeredy. Toney and Botto then introduced them to financier Jonathan Halperyn (of Hungarian outfit Hero Squared), who helped them secure backing for short film Metaphorms, a recent premiere at the Raindance Film Festival in London.

Another newcomer Julie Ann Cross met Amy Baer (president of Gidden Media as well as president of the WIFTI board) through connections made via Stage 32. Gidden Media is now developing her script, Vagic.

Some 53% of Stage 32 members are female. “Now is the perfect time for female filmmakers and female creatives to have a voice,” said Toney. “I think our platform has allowed women to empower themselves - to become educated about the tools they need to create films.”