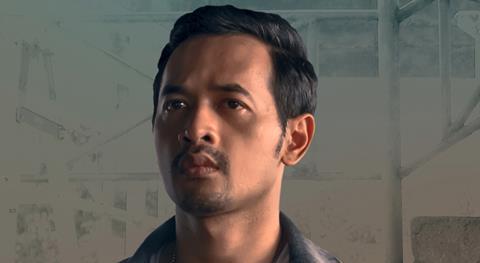 Starring Oka Antara, the six-episode series follows a detective in Jakarta, who possesses a photographic memory and is haunted by his past. Antara’s credits include Indonesian films such as Killers, Sang Penariand The Raid 2, and he will also star in upcoming action film Foxtrot 6.

ES Ito, author of several best-selling Indonesian thriller novels, is creator and showrunner on the series, with Kuntz Agus and Michael Pohorly on board as directors. Produced by Fauzan Zidni, the series also stars Laura Basuski as the main character’s sidekick. The series will stream exclusively on HOOQ and Maxstream from today (September 7).

HOOQ was also an investor in Indonesian feature film, Marlina The Murderer In Four Acts, directed by Mouly Surya, which premiered at the Cannes film festival last year. The Singapore-based streaming service is also backing a six-part miniseries, conceived as a sequel to Filipino filmmaker Erik Matti’s 2013 action drama On The Job, although it recently announced that the pilot episode will be released theatrically as a feature.

HOOQ is Telkomsel’s strategic partner in delivering VideoMAX, a monthly video streaming subscription package that is available through Telkomsel’s data package for both prepaid and postpaid customers.