Sir Anthony Hopkins and Sir Ian McKellen are to star in a BBC2 adaptation of Sir Ronald Harwood’s The Dresser and BBC1 is planning a drama from a duo of James Bond writers. 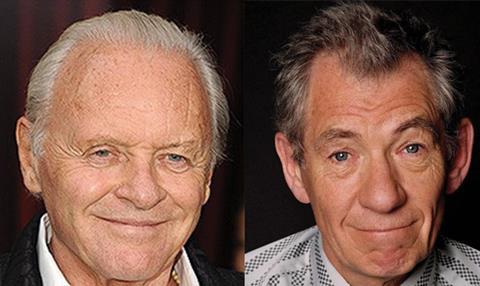 The projects will be announced on Wednesday evening by BBC drama controller Ben Stephenson at an event showcasing the corporation’s work in the genre.

The Dresser will air as a 120-minute film and provides a portrait of theatre life backstage. It is made by Sonia Friedman Productions and Playground Entertainment, the indie run by former HBO Films boss Colin Callender.

Callender will executive produce alongside Sonia Friedman. The Dresser was ordered by Stephenson and BBC2 controller Kim Shillinglaw.