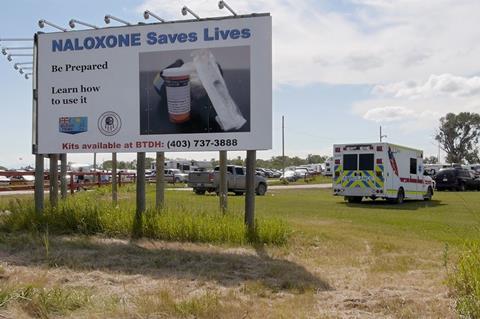 Kímmapiiyipitssini: The Meaning Of Empathy

Hot Docs 2021 top brass on Monday (May 10) announced audience and competition winners as well as prize recipients in Hot Docs Forum, where Cécile Embleton and Alys Tomlinson were among those selected for their UK project Mother Vera.

In the first look pitch prizes at Hot Docs Forum, Vicky Du’s Light Of The Setting Sun (USA) won first prize and 50,000 CAD (USD $41,200). The film centres on a Taiwanese-American filmmaker who confronts her family’s silence over the violence that has persisted since the Chinese Communist Revolution of 1949.

The second prize of $35,000 CAD (USD $28,840) went to Mother Vera (UK) from directors Cécile Embleton and Alys Tomlinson, which weaves together the inner world of an unusual Orthodox nun with the community that saved her life.

The third prize of $25,000 CAD (USD $20,600) went to Fire Of Love Canada/USA from Sara Dosa, about the love between two intrepid scientists who die in a volcanic explosion.

The inaugural Sunny Side Of The Doc Pitch Prize went to Made In Ethiopia (Canada) from Xinyan Yu and Max Duncan, about three trailblazing women who navigate the expansion of the biggest Chinese industrial park in Ethiopia. The winner receives a complimentary pass to the event in June.

Hot Docs ran from April 29-May 9 and opened with A.rtificial I.mmortality. Overall 222 films from 66 countries were streamed on the festival platform.