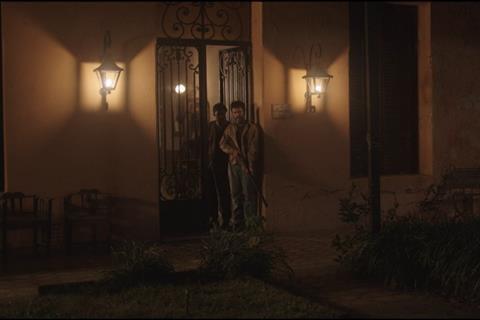 Genre and animation titles dominated at Latin America’s leading film and TV market Ventana Sur as business vied for attention with the World Cup in Qatar, where the progress of the Argentinian national side led by Lionel Messi has created a festive mood in Buenos Aires.

Also popular was a screening of Demian Rugna’s When Evil Lurks (pictured), which took the Blood Window Screenings Award at Friday’s (December 2) prize-giving ceremony and marks the first Spanish-language feature from Shudder. Now in post with delivery anticipated in January 2023, it is a co-production between Machaco Films and Aramos Cine. 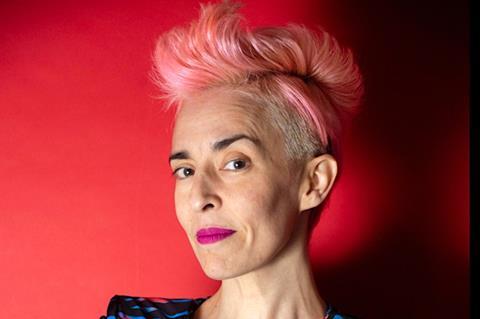 Animation was also out in force at Ventana Sur. Notable projects in the vibrant Animation! sidebar included two comedy adventures – Lorena Ares’ Hanna And The Monsters from Spain and Alejandro Carlini and Marcos Valdivia’s Kiribati - An Old Adventure from Argentina – as well as Celia Catunda and Kiko Mistrorigo’s Space Rocker and Diogo Viegas’ King Gaston, both from Brazil.

Animation! head Silvina Cornillon noted an ongoing rise in the quality of regional content, distinguishing it stylistically from the rest of the world. “This year’s selection of Animation! [included] projects with a strong authorial imprint and a mix of techniques that are characterised by a distinct visual identity, in search of new aesthetic forms of expression,” said Cornillon.

José Iñesta, general director of Mexico’s Pixelatl, added: “Latin American animation is indisputably growing with new and fresh stories aimed at local and global audiences.“ Indeed Mexico will be the country in focus at the Annecy animation festival in France next June.

Post-pandemic, attendance at Ventana Sur was strong with a reported record 3,000+ attendees, including 400 from Europe and 100 from North America. Some 1,634 titles were showcased across 11 sections.

Sales executives told Screen they were working on plenty of deals which are expected to close in the coming weeks, in line with the general trend towards longer market tails since the pandemic began.

“Ventana Sur is becoming more of a project development market than a sales market,” suggested Antonio Saura, head of Spain’s Latido Films. “Co-production meetings were buoyant.” Saura noted the impact of global and regional streaming platforms on the types of available projects, which were the medium to lower budget range while streamers and studios backing higher-budget fare tend to control global rights and do not make international territories available. 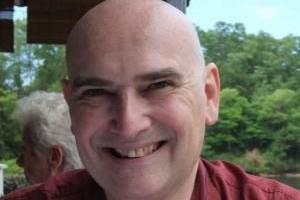 “It was good to be back in the market with such a wide selection of films in all sections, and lots of interesting films in Blood Window, Copia Final, Proyecta,” added Paul Hudson of US distributor Outsider Pictures. The executive praised the overall quality emerging from the pandemic, adding: “There is a lot of reading to do in both the horror/fantasy space and what on paper seem like good ideas.”

Vicente Canales of Spain’s Film Factory observed the challenges facing sellers in a challenging market. “Most of the films are very artistic but lack commercial value,” he said, “And even if we like them, the market is so difficult at the moment that we cannot be sure about their interest for international buyers.”

Canales added, “Ventana Sur is an essential market, so we hope that more buyers will come. It is an opportunity for Latin and Spanish-speaking cinema, and we would like Ventana Sur to bring more distributors.” Participating sellers attended from around the world and included Wild Bunch International, MK2, New Europe Sales, Shoreline, Wide, Films Boutique, M-Appeal, Figa Films, and local outfit Mekincine.

Ventana Sur generated considerable noise with the inaugural Spanish Screenings On Tour which contributed to a broad Spanish presence across the market. Among some of the projects generating heat were Afioco Gnecco’s transgender story Mapá animated musical fantasy The Day Ewan McGregor Introduced Me To His Parents from Marta Puig; and Alfonso Fulgencio and José Luis Farías’ Zombie Meteor The Movie, which earned the honour of becoming the first animated film ever selected for Blood Window.

Panellists weigh up growth of labs, impact of co-productions

Two panel conversations that caught the eye were “Labs in Latin America’ and ‘From Latin America and Spain to the world and vice-versa: co-production as a common language.’ In the first, Brazil’s foremost film training platform Br/Lab and trade outlet Latamcinema.com produced statistics drawn from 62 labs (around 50%-60% of those operating in the region) to reveal an ongoing appetite for new incubators.

Around 14 launched during the pandemic and in total these platforms delivered around 4,000 projects between 2008 and 2022. Half of the platforms were created between 2018 and 2020.

The second panel noted the pace of collaboration these days and a lack of international co-production agreements in certain countries in the region. Asked about the need for a pan-regional apparatus, Agustín Sacanell, partner at Argentina’s production outfit Kapow agreed but added: “The truth is that nowadays, the market is much faster than legislation.” 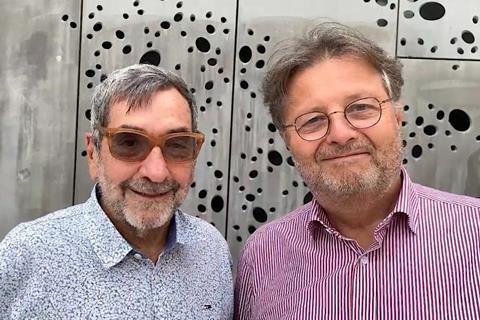 Jérôme Paillard, who serves as Ventana Sur co-director alongside Bernardo Bergeret, was pleased with how the market went. “In short, I would say that this edition has exceeded our expectations, especially regarding the quality of the projects proposed in the different sections and the welcome they received from professionals.”

Paillard continued, “For some of them, Latin Americans and Asians in particular, it was still their first market since the pandemic. This shows the energy and the joyful atmosphere that prevailed during these five days.”