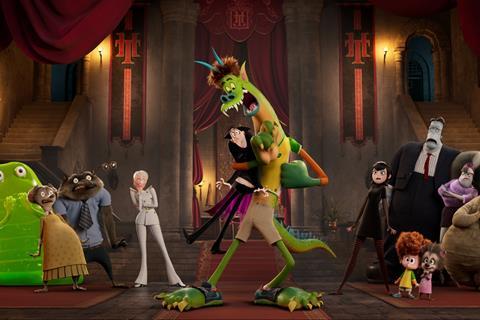 As concern grows over the Delta variant surge across the US and parts of the world, Sony Pictures is reportedly in talks with Amazon Studios to sell Hotel Transylvania 4 in a global streaming deal that could reach $100m.

The development comes amid ongoing hesitancy over returning to cinemas and is fuelling speculation that there could be another wave of delayed film releases and/or sales to streaming platforms.

Last week Sony announced it was pushing back Venom: Let There Be Carnage by three weeks to October 15 – the superhero spin-off’s third delay from its initial October 2020 date.

Vaccine mandates covering select public indoor entertainment venues introduce another factor that could slow down cinema-going’s return. New York City’s mandate starts on Tuesday, and Los Angeles council members are heading towards a similar resolution. A mandate begins in another major US film market – San Francisco – on Friday (20), and one is already in effect in New Orleans.

The fourth instalment in Sony’s animation franchise that has generated more than $1.36bn at the global box office in the past nine years is especially susceptible to the impact of Covid given that it is a family film and relatively few children under the age of 12 have been vaccinated.