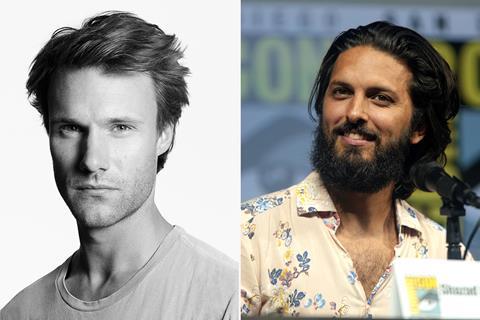 WestEnd Films is handling sales on the feature, which is directed by Ben Lewin (The Sessions) and set in the world of opera singing competitions.

Principal photography began in Scotland last week and will continue through January after which the filmmakers will travel to Melbourne to complete post-production.

Skinner is perhaps best-known for roles in TV series such as BBC comedy W1A, Hulu drama Harlots and Fleabag as well as musical sequel Mamma Mia! Here We Go Again. Lewis is a veteran Scottish actor who has appeared in Billy Elliot, Gangs Of New York and Outlander.

Latif has recently garnered attention for his role in Star Trek: Discovery and for his voice work in The Dark Crystal: Age Of Resistance. Benson is known for her roles in US drama series Flack and mini-series The White Princess.

In the film, Macdonald plays a brilliant young fund manager, who decides to leave her unfulfilling job and long-term boyfriend to pursue her lifelong dream of becoming an opera singer, in the Scottish Highlands. She begins intense vocal training with a former opera diva (Lumley) and meets a fellow student (Skinner) who is also training for an upcoming contest.

Written by Lewin and Allen Palmer, it is produced by Philip Wade (I Am Mother) of Wade Brothers Films, Judi Levine (The Sessions) of Such Much Films and Arabella Page Croft (Sunshine on Leith) of Black Camel. Production funding comes from Screen Australia, Screen Scotland, Film Victoria and Wade Brothers Films.

The film will feature music from operas including The Barber Of Seville, The Marriage Of Figaro, Don Giovanni, Romeo And Juliet and Carmen. Opera consultancy on the production is provided by Stephen Barlow and Elijah Moshinsky, working alongside musical producer Chris Egan.

WestEnd launched world sales at AFM last month and Umbrella Entertainment will release the film in Australia and New Zealand.