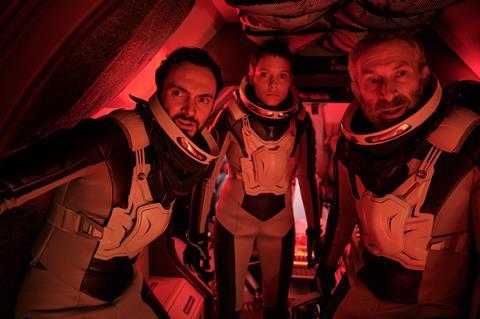 Julia Franz Richter from Undine, George Blagden from Les Miserables, and Mark Ivanir from The Good Shepherd star in Lauritsch’s feature directing debut as crewmembers on a space station who must choose whether to risk their own safety to search Earth for survivors of a catastrophe.

The film is now completed and The Playmaker Munich is hosting a private screening at the virtual market. Deputy head of sales acquisitions Moritz Hemminger reported “overwhelming” interest.

IFC Midnight plans a theatrical and on-demand release later this year. IFC Films president Arianna Bocco said Rubikon was “a vivid tale of survival that places the audience at the center of a universal moral dilemma”.