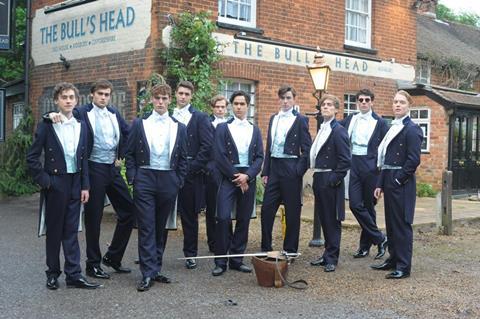 IFC Films has acquired US rights to Lone Scherfig’s The Riot Club. The film received its world premiere at the Toronto International Film Festival on Saturday (Sept 6).

The deal was negotiated by Arianna Bocco, svp of acquisitions from Sundance Selects/IFC Films with Thorsten Schumacher of HanWay Films on behalf of the filmmakers.

Jonathan Sehring, president of Sundance Selects/IFC Films, described the feature as “a darkly gleeful expose of the British elite”.

Set amongst the privileged elite of Oxford University, The Riot Club follows Miles (Max Irons) and Alistair (Sam Claflin), two first year students determined to join the infamous Riot Club, where reputations can be made or destroyed over the course of a single evening.

Producers are Pete Czernin and Graham Broadbent of Blueprint Pictures with the support of the BFI Film Fund, Film4 and Pinewood.