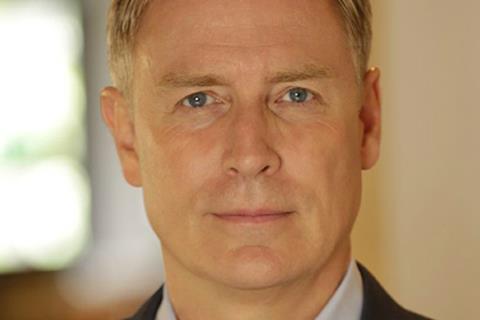 The award-winning international film and TV producer and publishing entrepreneur brings decades of experience to IFP, including his work as a producer on Boys Don’t Cry, You Can Count On Me, Evening, and The Yellow Birds.

His appointment follows the exit of Vicente last year to serve as executive director and co-head of the Toronto International Film Festival.

IFP co-Chairs Anthony Bregman and Jim Janowitz said, “We are delighted to have Jeff join IFP as its leader. His credentials and background are a perfect fit with our organization. He has developed and produced prestigious independent films. He has extensive non-profit experience as a co-founder and Chair of the Hamptons International Film Festival Advisory Board. He has experience in related fields such as publishing and digital innovation.

“He has built successful companies. He has broad contacts across foundations, arts organizations, and government. He has a stellar reputation among his peers. Among a strong group of candidates, Jeff stood out, and we are excited to bring Jeff on board to lead IFP into its 40th year and beyond.”

“I am tremendously honored to be joining the IFP as its new Executive Director,” said Sharp. “IFP has had an enormous impact on the independent film industry in New York and around the world for the past forty years. I am excited to begin working with the talented IFP team, IFP members and alumni as we continue to explore new opportunities and expand on Joana Vicente’s remarkable legacy.”

IFP champions storytellers through year-round programmes that include Independent Film Week, Filmmaker Magazine, the IFP Gotham Awards and the Made in NY Media Center by IFP, a tech and media incubator space developed with the New York Mayor’s Office of Media and Entertainment.

Sharp and John N. Hart, Jr. formed Hart Sharp Entertainment in New York in 1996 where they developed, financed and produced numerous films. They were also partners in Hart Sharp Video and released documentaries such as Super Size Me.

In 2009, Sharp co-founded the digital publishing and marketing company Open Road Integrated Media with former HarperCollins CEO Jane Friedman. In 2013, he co-founded Story Mining and Supply Co. with Jim Kohlberg serving as president and CEO, and in 2016 formed Sharp Independent Pictures in partnership with GEM Pictures.

He won an Independent Spirit Award in 2001 for best first feature for You Can Count On Me, earned a Golden Globe nomination in 2003 for Nicholas Nickleby, and received the Andrew Sarris award in 2005 from the Columbia University School of the Arts for his contribution to independent cinema in 2005. Sharp was also a founding member of the Hamptons International Film Festival in 1993.