EXCLUSIVE: International Film Trust will kick off sales in Berlin on the comedy from Benaroya Pictures and Rough House Pictures. 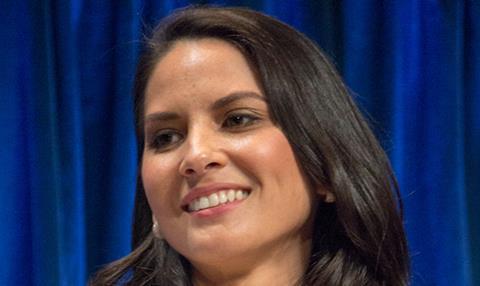 Dick Move is scheduled to begin shooting in the summer and Munn will play a once in-demand artist who starts seeing phallic imagery in her paintings.

The artist must battle an old nemesis and overcome the belief she is going mad and rise to new heights with her comeback exhibition.

Todd Sklar will direct Dick Move from a screenplay by Tommy Castillo and IFT head of sales Todd Olsson will introduce to buyers at the EFM this week.

Munn starred in HBO drama The Newsroom and her feature credits include Magic Mike, X-Men: Apocalypse, Ride Along 2 and the upcoming The Predator and the all-female Ocean’s Eight.

“Olivia Munn is one of Hollywood’s busiest young actresses who injects a sense of fun and authenticity into every role she plays,” said Olsson. “She is the ideal actress to bring the character of Agatha to life.”

Benaroya’s producer credits include Queen Of The Desert, Salt And Fire and Cell.

Sklar was nominated for the SXSW 2013 best narrative feature award and AFI Fest’s audience award for the comedy Awful Nice and directed the 2008 comedy Box Elder.