Rattle The Cage director Majid Al Ansari [pictured] will be an executive producer on the projects. 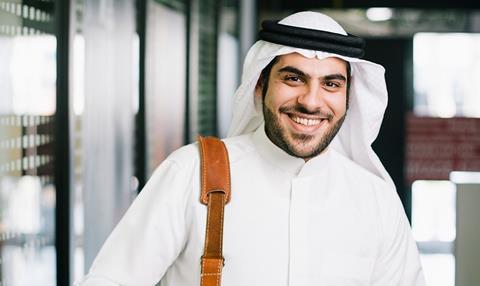 All three films will shoot on location in the UAE and Oman. The first of which, comedy On Borrowed Time, will commence principle photography next month in Dubai.

The second film, body-switch comedy Rashid & Rajib, is set to shoot in November, and the final film, Scales, a dark drama about mermaids, will film in early 2017.

Film-maker Majid Al Ansari will be an executive producer on each of the projects. His 2015 crime thriller Rattle The Cage (Zinzana) was Netflix’s first UAE acquisition.

Image Nation chairman Mohammed Al Mubarak commented: “By making and producing these films locally we are participating in the building of an entertainment industry and contributing to the economic development of the region, as well as providing invaluable job and training opportunities for talented Emiratis.

“All three of these productions will continue our course of creating compelling entertainment at a Hollywood standard, while reflecting the experiences and locations of the Middle East”.

Image Nation CEO Michael Garin added: “This is an extremely exciting time for Image Nation as we go into production on three separate projects – the most the UAE has seen at any one time. Each of the projects show the calibre of talent we are working with across different genres and the subject matters give us a diverse slate of films.

“We will continue to push the boundaries in the region, showing the world that the UAE is a significant player in the worldwide film and TV industry.”